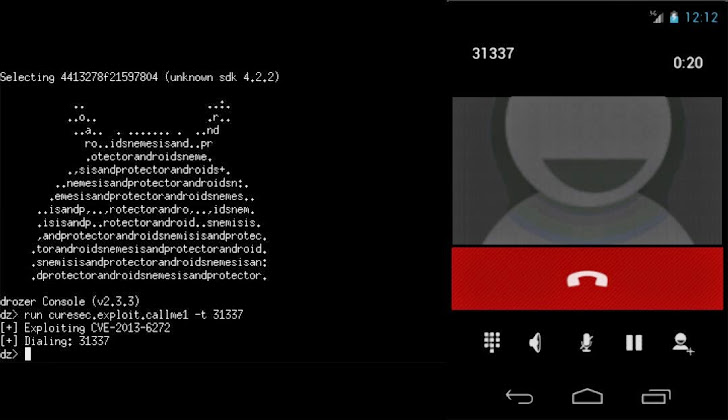 July 08, 2014Mohit Kumar
A major vulnerability believed to be present in most versions of Android can allow a malicious Android applications on the Android app store to make phone calls on a user's device, even when they lack the necessary permissions. The critical vulnerability was identified and reported to Google Inc. late last year by researchers from German security firm Curesec. The researchers believe the virus was first noticed in Android version 4.1, also known as " Jelly Bean ." APPS CAN MAKE CALLS FROM YOUR PHONE " This bug can be abused by a malicious application. Take a simple game which is coming with this code. The game won't ask you for extra permissions to do a phone call to a toll number – but it is able to do it ," Curesec's CEO Marco Lux and researcher Pedro Umbelino said Friday in a blog post. " This is normally not possible without giving the app this special permission. " By leveraging these vulnerabilities, malicious applications could initiate unauthorized phone call
Next Page 