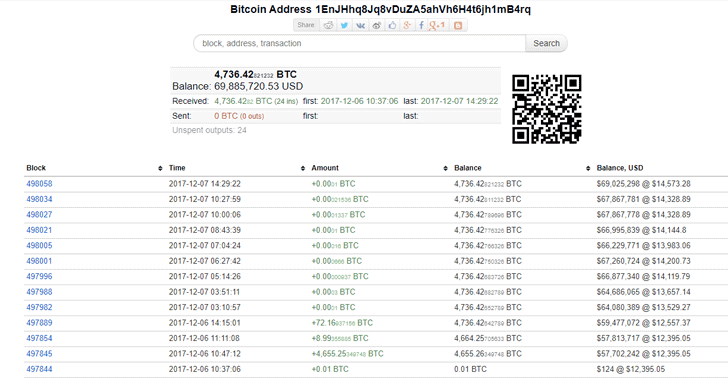 December 07, 2017Mohit Kumar
Bitcoin is breaking every record—after gaining 20% jump last week, Bitcoin price just crossed the $14,800 mark in less than 24 hours—and there can be no better reason for hackers to put all of their efforts to steal skyrocketing cryptocurrency. NiceHash, the largest Bitcoin mining marketplace, has been hacked, which resulted in the theft of more than 4,700 Bitcoins worth over $57 million (at the time of breach). And guess what? You'll be surprised to know that the stolen BTC now worth over $70 million—in less than 24 hours. Founded in 2014, NiceHash is a cloud-based crypto-mining marketplace that connects people from all over the world to rent out their spare computing power to other in order to create new coins. On Wednesday, several NiceHash users reported that their BTC wallets had been emptied, which was later confirmed by NiceHash after its service went offline claiming to be undergoing maintenance. At the time of writing, the NiceHash service is still offline wi 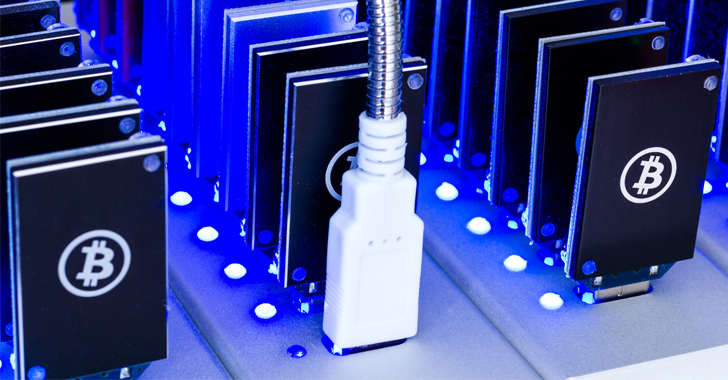 June 06, 2017Wang Wei
Every time a new topic trends on the Internet, scammers take advantage of it. You must have heard of Bitcoin and how in recent days it has made some early investors millionaire overnight. Yes, the Bitcoin boom is back, and it's real — a digital currency that has just crossed a new milestone today. The current price of 1 BTC or 1 Bitcoin = US$2,850. An American con man took advantage of this boom in Bitcoin market to run bogus bitcoin mining schemes and earn millions of dollars. But the bogus schemes ended as the United States Securities and Exchange Commission (SEC) has won a legal battle against two bogus, but now defunct, Bitcoin companies operated by Homero Joshua Garza — GAW Miners and ZenMiner. Garza is now facing a $12 Million (£9.2 Million) penalty for running the bogus schemes – what lawmakers have certified was a "Ponzi scheme." According to the SEC, Garza used the "lure of quick riches" in order to get people to invest in the bitcoin mi 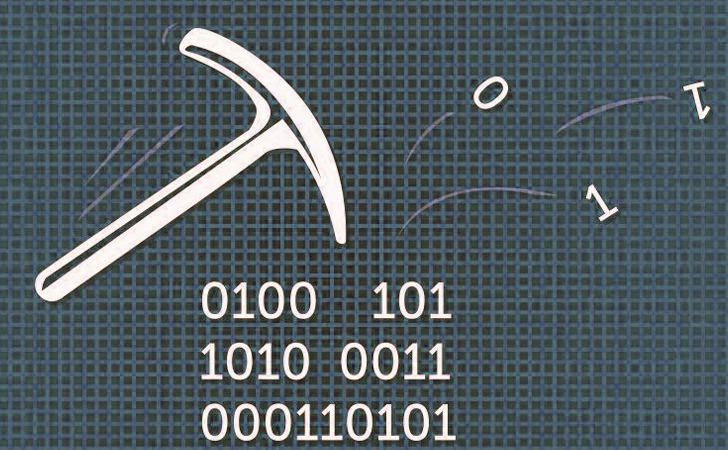 August 08, 2014Swati Khandelwal
Till now, he have heard about " Bitcoin digital wallet hacked " or " Bitcoin website hacked ", but now a hacker has stolen cryptocurrency from mining pools and generated $83,000 in digital cash in more than four months by gaining access to a Canadian Internet provider. Bitcoin is a virtual currency that makes use of cryptography to create and transfer bitcoins. Users make use of digital wallets to store bitcoin addresses from which bitcoins are received or sent. Bitcoin uses public-key cryptography so that each address is associated with a pair of mathematically linked public and private keys that are held in the wallet. Researchers at Dell SecureWorks Counter Threat Unit (CTU) , a cyber intelligence company, have discovered a series of malicious activities in which a cryptocurrency thief used bogus Border Gateway Protocol ( BGP ) broadcasts to hijack networks belonging to no less than 19 Internet service providers, including Amazon and other hosting services like DigitalO
Next Page 