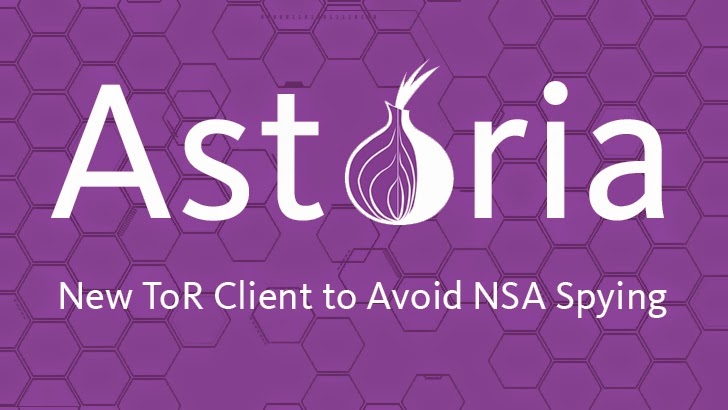 May 23, 2015Swati Khandelwal
In response to the threat of intelligence agencies like NSA and GCHQ, Security researchers from American and Israeli academics have developed a new advanced Tor client called Astoria specially designed to make eavesdropping harder . Tor (The Onion Router) is the most popular anonymity network that is intended to allow a user to browse the Internet anonymously via a volunteer network of more than 6000 relays/nodes. The encrypted traffic of a user is being routed through multiple relays in the network. The user-relay connection is known as a circuit. Tor does not share your identifying information like your IP address and physical location with websites or service providers on the receiving end because they don't know who is visiting. Timing Attacks yet a major issue: However, Tor isn't as safe from the prying eyes of network level attackers as we once thought. Big spying agencies like the United States intelligence agency NSA and the British Governmen
Next Page 