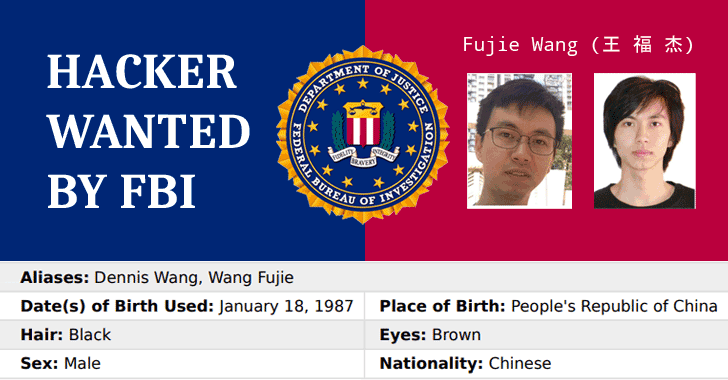 May 09, 2019
The United States Justice Department today announced charges against a Chinese hacker and his hacking team member for their alleged role in the 2015 massive data breach at health insurance giant Anthem and three other unnamed American companies. Fujie Wang (王 福 杰) and another hacker named John Doe with three different aliases—Deniel Jack, Kim Young, and Zhou Zhihong—are charged with four counts of conspiracy to commit fraud, wire fraud, and damage to a protected computer, according to an indictment [ pdf ] unsealed today in federal court in Indianapolis. In 2015, the hackers managed to breach Anthem, the country's second-largest health insurance company and stole personal information of over 80 Millions of its customers, including their Social Security Numbers, birthdates, email addresses, residential addresses, medical identification numbers, employment information, and income data. The incident marked as one of the worst data breaches in history, with the company paying 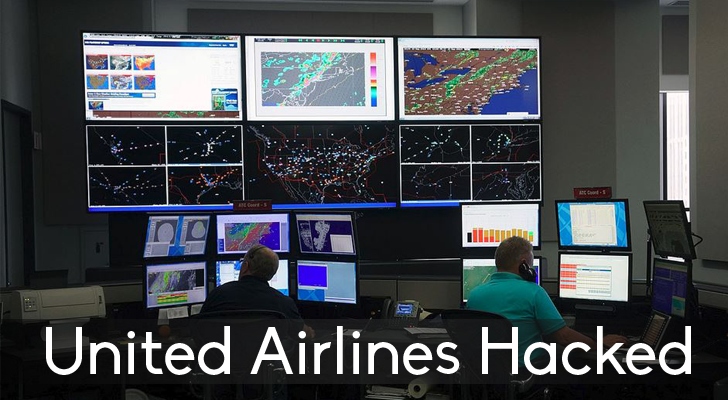 Jul 30, 2015
A group of China-backed hackers believed to be responsible for high-profile data breaches, including the U.S. Office of Personnel Management and the insurance giant Anthem , has now hit another high-profile target –  United Airlines . United detected a cyber attack into its computer systems in May or early June; Bloomberg reported , citing some unnamed sources familiar with the matter. The same sources say that the hackers responsible for the data breach in United's systems are the same group of China-backed hackers that successfully carried out several other large heists, including the United States' Office of Personnel Management and the health insurer Anthem Inc. Dangerous Intentions: United Airlines Data Breach The stolen data includes manifests, which contain information on flights' passengers and their origins and destinations, meaning that the hackers have " data on the movements of Millions of Americans ." Since United Airlines