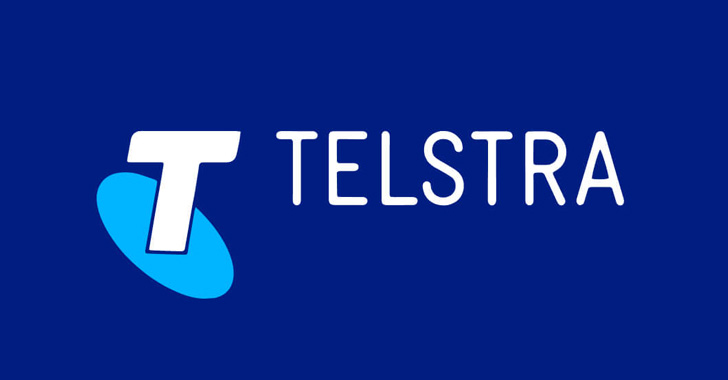 Australia's largest telecommunications company Telstra disclosed that it was the victim of a data breach through a third-party, nearly two weeks after Optus reported a breach of its own.

"There has been no breach of Telstra's systems," Narelle Devine, the company's chief information security officer for the Asia Pacific region, said. "And no customer account data was involved."

It said the breach targeted a third-party platform called Work Life NAB that's no longer actively used by the company, and that the leaked data posted on the internet concerned a "now-obsolete Telstra employee rewards program." 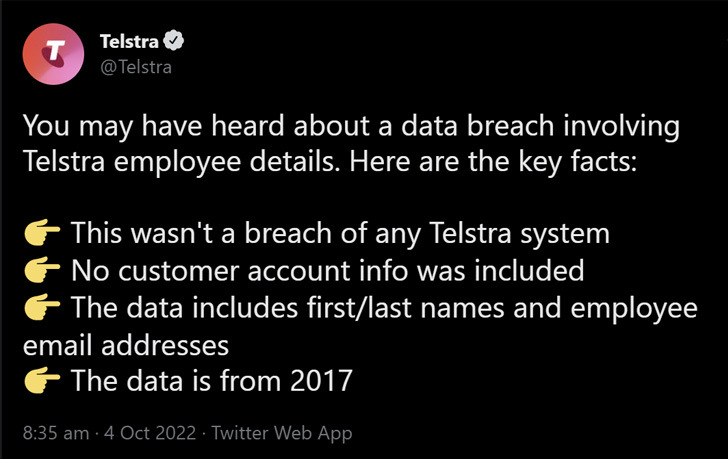 Telstra also noted it became aware of the breach last week, adding the information included first and last names and the email addresses used to sign up for the program. It further clarified that the data posted was from 2017.

The data was "basic in nature," Devine said.

The company did not reveal how many employees were affected, but a Reuters report pegged the number at 30,000, citing internal staff email sent by Telstra.

The revelation comes a day after its rival Optus confirmed that nearly 2.1 million of its current and former customers suffered a leak of their personal information in the aftermath of a massive hack.