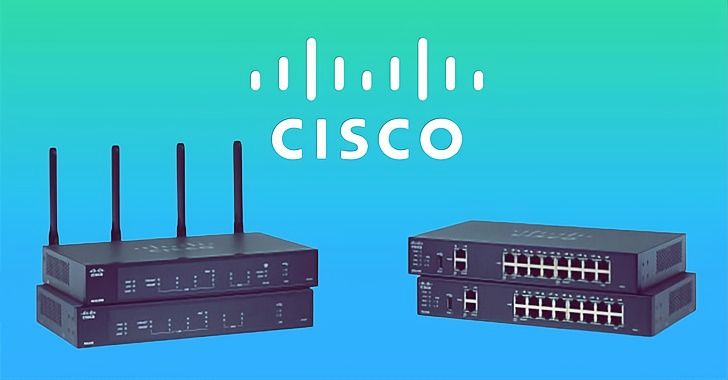 Cisco on Wednesday rolled out patches to address eight security vulnerabilities, three of which could be weaponized by an unauthenticated attacker to gain remote code execution (RCE) or cause a denial-of-service (DoS) condition on affected devices.

The most critical of the flaws impact Cisco Small Business RV160, RV260, RV340, and RV345 Series routers. Tracked as CVE-2022-20842 (CVSS score: 9.8), the weakness stems from an insufficient validation of user-supplied input to the web-based management interface of the appliances.

"An attacker could exploit this vulnerability by sending crafted HTTP input to an affected device," Cisco said in an advisory. "A successful exploit could allow the attacker to execute arbitrary code as the root user on the underlying operating system or cause the device to reload, resulting in a DoS condition."

A second shortcoming relates to a command injection vulnerability residing in the routers' web filter database update feature (CVE-2022-20827, CVSS score: 9.0), which could be exploited by an adversary to inject and execute arbitrary commands on the underlying operating system with root privileges. 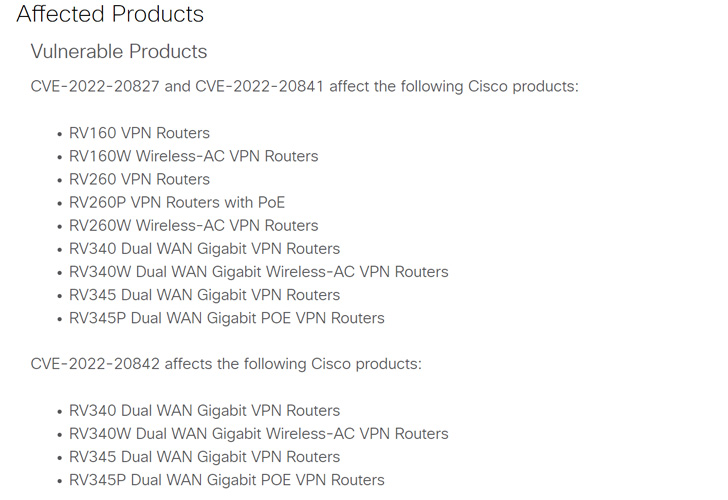 The third router-related flaw to be resolved (CVE-2022-20841, CVSS score: 8.0) is also a command injection bug in the Open Plug-n-Play (PnP) module that could be abused by sending a malicious input to achieve code execution on the targeted Linux host.

"To exploit this vulnerability, an attacker must leverage a man-in-the-middle position or have an established foothold on a specific network device that is connected to the affected router," the networking equipment maker noted.

The company offered no workarounds to remediate the issues, adding there is no evidence of these vulnerabilities being exploited in the wild. That said, customers are recommended to move quickly to apply the updates.