Into the Breach: Breaking Down 3 SaaS App Cyber Attacks in 2022 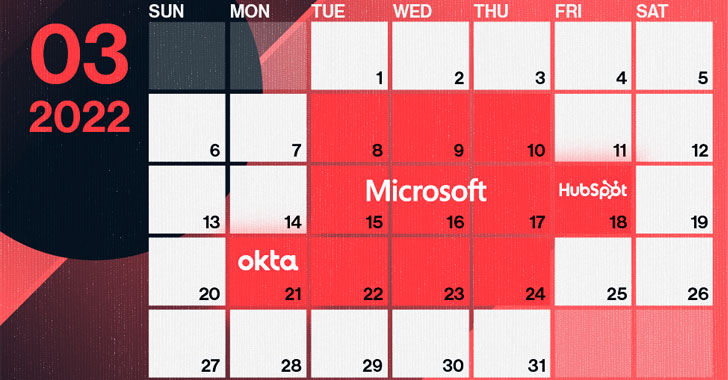 During the last week of March, three major tech companies - Microsoft, Okta, and HubSpot - reported significant data breaches. DEV-0537, also known as LAPSUS$, performed the first two. This highly sophisticated group utilizes state-of-the-art attack vectors to great success. Meanwhile, the group behind the HubSpot breach was not disclosed. This blog will review the three breaches based on publicly disclosed information and suggest best practices to minimize the risk of such attacks succeeding against your organization.

On March 21, 2022, HubSpot reported the breach which happened on March 18. Malicious actors compromised a HubSpot employee account that the employee used for customer support. This allowed malicious actors the ability to access and export contact data using the employee's access to several HubSpot accounts.

With little information regarding this breach, defending against an attack is challenging, but a key configuration within HubSpot can help. This is the "HubSpot Employee Access" control (shown in the figure below) in HubSpot's account setting. Customers should disable this setting at all times, unless they require specific assistance, and then immediately turn it off after completing the service call. 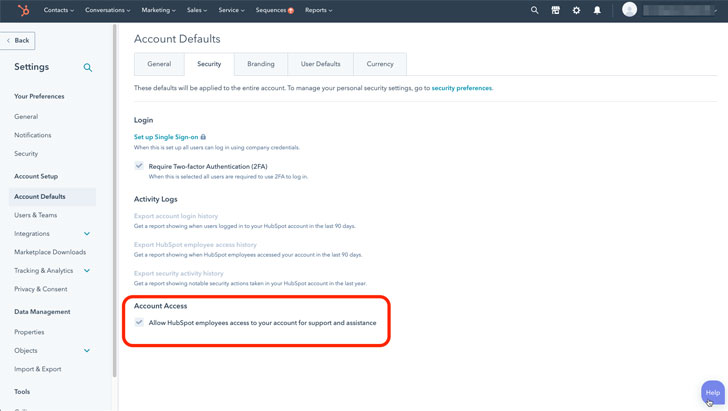 A similar setting appears in other SaaS applications and should be disabled there as well. Employee access is typically recorded in Audit Logs, which should be reviewed regularly.

Okta subcontracts some of its customer support to the Sitel Group. On January 21, an Okta security team member received an alert that a new MFA factor was added to a Sitel Group employee account from a new location.

An investigation revealed that a Sitel support engineer's computer was compromised using a remote desktop protocol. This known vulnerability is normally disabled except when specifically needed — which helped Okta investigators narrow the timeframe for the attack to a five-day window between Jan. 16-21, 2022.

On March 22, DEV-0537, which is more commonly known as LAPSUS$, shared screenshots online. In response, Okta released a statement saying, "there are no corrective actions our customers need to take." The following day the company shared details of its investigation, which included a detailed response timeline.

While this breach was limited in the damage it caused, it offers three important security lessons.

See Cloudflare's investigation of the January 2022 Okta compromise for a good example of a response to such a breach.

Microsoft - MFA for all privileged users

On March 22, Microsoft Security shared information relating to an attack it suffered at the hands of DEV-0537. Microsoft had a single account compromised, which resulted in source code being stolen and published.

Microsoft assured its users that the LAPSUS$ attack didn't compromise any of their information, and further stated that there was no risk to any of their products due to the stolen code.

Microsoft did not specifically share how the breach was carried out, although it did alert readers that LAPSUS$ actively recruits employees at telecoms, major software developers, call centers, and other industries to share credentials.

The company also offered these suggestions for securing platforms against these attacks.

For a full list of Microsoft's recommendations, see this note.

Securing SaaS platforms is a major challenge, and as seen this week, even global enterprises need to stay on top of their security. Malicious actors continue to evolve and improve their attack methods, which forces organizations to be on the lookout and prioritize their SaaS security constantly.

Note — This article is written and contributed by Hananel Livneh, Senior Product Analyst at Adaptive Shield.