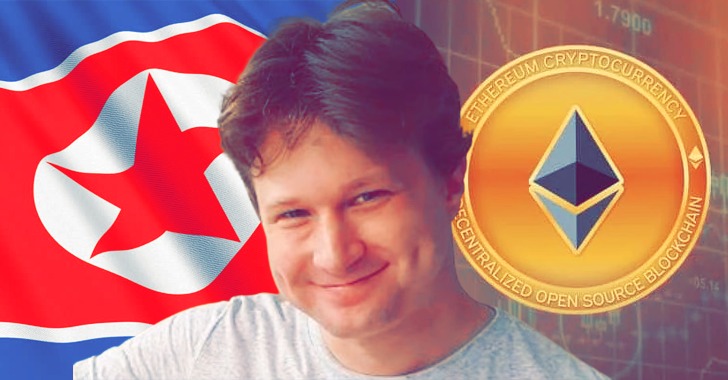 A U.S. court has sentenced former Ethereum developer Virgil Griffith to five years and three months in prison and pay a $100,000 fine for conspiring with North Korea to help use cryptocurrencies to circumvent sanctions imposed on the country.

"There is no question North Korea poses a national security threat to our nation, and the regime has shown time and again it will stop at nothing to ignore our laws for its own benefit," U.S. Attorney Damian Williams said in a statement.

The sentencing comes more than six months after Griffith pleaded guilty to violating the International Emergency Economic Powers Act (IEEPA) by offering technical advice to the hermit kingdom with regards to the use of digital currency to bypass economic restrictions. Griffith was arrested in November 2019.

North Korea is known to rely on cryptocurrency heists to get around international sanctions and use it to help fund programs to build weapons of mass destruction. Indeed, the nation-state-backed Lazarus Group siphoned an estimated $400 million worth of digital assets from crypto platforms in 2021 alone.

"The double scenario of espionage and money theft is unique to North Korea, which operates intelligence units that steal both information and money for their country," Israeli cybersecurity company ClearSky noted in August 2020.

Griffith is said to have conceived plans back in 2018 to develop and fund cryptocurrency infrastructure in North Korea, such as crypto mining, and subsequently provided instructions on how the regime could use blockchain technologies like smart contracts to launder funds.

The 39-year-old defendant, a U.S. citizen and a resident of Singapore, also formulated proposals to facilitate the exchange of digital currency between North and South Korea, and attempted to recruit other U.S. citizens to offer similar services to individuals in the nation.

These actions were carried out despite having been refused permission from the Department of the Treasury's Office of Foreign Assets Control (OFAC), the Justice Department said in the ruling.

"Mr. Griffith admitted in court he took actions to evade sanctions, which are in place to prevent the DPRK from building a nuclear weapon," Williams added. "Justice has been served with the sentence handed down today."