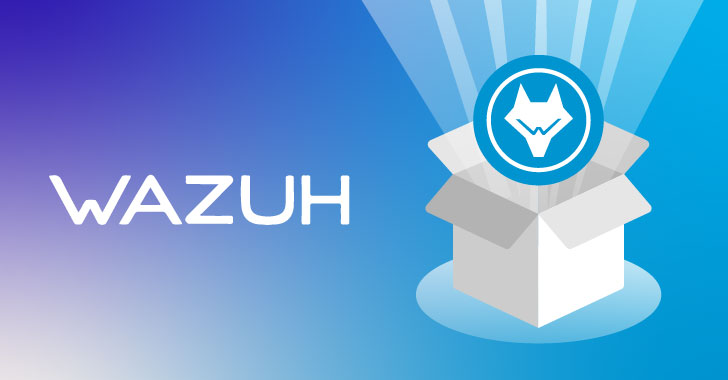 Back in 2018, Palo Alto Networks CTO and co-founder Nir Zuk coined a new term to describe the way that businesses needed to approach cybersecurity in the years to come. That term, of course, was extended detection and response (XDR). It described a unified cybersecurity infrastructure that brought endpoint threat detection, network analysis and visibility (NAV), access management, and more under a single roof to find and neutralize digital threats in real-time.

And Zuk's vision of XDR proved prophetic. In the years since he coined the phrase, platforms leveraging the XDR model have emerged as the de-facto leaders of the business cybersecurity industry. But their scale and complexity put them in a product class that's just out of reach for some enterprises.

Fortunately, the open-source community — as it often does — has filled the XDR void with an affordable product — because it's totally free. It's called Wazuh, and it provides enterprises the tools they need to build a customized XDR solution that meets their cybersecurity and budgetary needs at the same time. Here's how.

The Key Features of an XDR Platform

Although the varied implementations of XDR solutions come with varying feature sets, most XDR platforms have a few major features in common. They include: 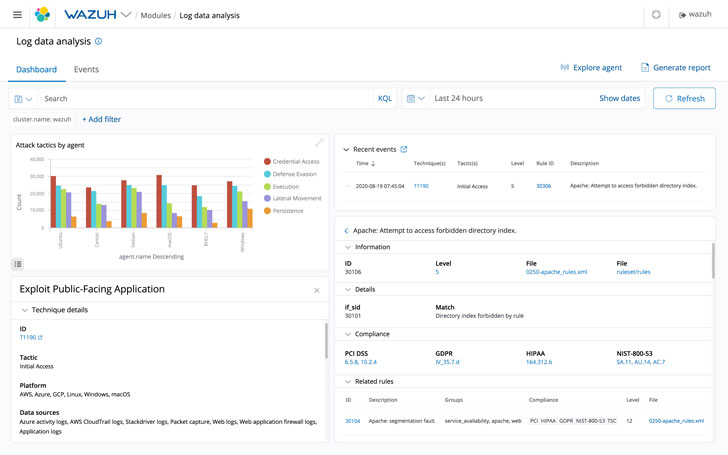 Much of the threat detection offered by XDR solutions come in the form of data analytics. By analyzing the logs and performance of major systems, it's often possible to spot abnormal activity or threats. To facilitate this, XDR platforms typically perform analysis of both external and internal traffic, compare performance and log data against known threat profiles, and employ machine learning techniques to detect emerging threat patterns such as those of zero-day attacks.

XDR platforms don't only provide businesses with a way to spot potential threats. They also provide tools to help IT specialists investigate those threats and deploy various countermeasures to neutralize them using active responses. To make that possible, most XDR platforms provide a centralized alert system that can group related log alerts from multiple systems into a single UI. That UI can also help administrators respond to alerts by orchestrating responses across a variety of endpoints. Using that functionality, admins can update enterprise-wide security policies in response to a detected attack on a single endpoint.

Last but not least, XDR platforms make it easy for businesses to integrate new systems, technologies, and endpoints to keep them protected. That means they're built for scalability and interoperability with a wide variety of other vendor-specific technology products. In that way, they're a relatively future-proof solution that grows with a business over time. But they also include machine learning functionalities that help their defensive capabilities adapt to a given technology environment and improve as they work.

The brilliance of the Wazuh approach to XDR is that it can readily integrate with a variety of other open-source security tools. That means businesses that use it can adapt the system to serve their specific needs without any complex and expensive licensing agreements getting in the way. For example, PDQ Deploy to install software and patches on workstations, AbuseIPDB to detect malicious IP addresses involved in spamming, hacking attempts and DDoS attacks, and URLhaus to detect malicious URLs used for malware distribution.

But the core of the Wazuh XDR approach comes in the form of its multi-platform monitoring agent. It's compatible with most devices via its high-level OS support. That means businesses can deploy it to begin collecting endpoint data with very little customization needed. Those agents stream system information back to the Wazuh server, where it performs a variety of anomaly and malware detection routines on it. In that way, administrators gain instant visibility into endpoint security through the server's centralized interface. But that's not all.

Through integrations with tools like Suricata and OwlH, administrators get powerful network intrusion detection and visualization functions. That gives them the same kind of situational awareness that other major XDR platforms offer, but without the associated price tag. And the system can even execute automated threat response routines based on network and endpoint data — taking action to stop attacks in their tracks with little to no manual intervention required.

And because Wazuh is an open-source solution, it offers the ultimate in scalability and evolutionary capabilities. It can already integrate with security-focused machine learning solutions like Amazon's Macie, giving it stored data surveillance capabilities. But the possibility for additional integrations is endless. That means businesses that opt to use Wazuh as an XDR solution won't be locked into a particular machine learning system, and they can tailor the system's evolutionary capability to their own needs.

There's little doubt that today's major XDR solutions represent the current state-of-the-art in business-grade cybersecurity. And their all-encompassing approach to defending digital business infrastructure likely represents the future of it, too. That's because they acknowledge the reality that protecting business data and assets means having true transparency into endpoint operations and allowing for infrastructure-wide responses to threats at a moment's notice.

Although XDR will not penetrate the cybersecurity market for a few years due to scaling issues, the fact that an open source solution like Wazuh exists is no small feat. It holds the power to provide meaningful and effective XDR functionality to organizations of all sizes. And it's also flexible enough to adapt to changing business needs and new technology integrations. It's no exaggeration to say it's a true game-changer in the cybersecurity space as it exists today.

And best of all — it's free and growing at a rapid pace with the support of the open-source community. All businesses have to do to take advantage of it is to invest in some modest hardware to serve as a control hub, or can simply use Wazuh Cloud. They can use Wazuh to create a bespoke XDR system that's on par with anything now available on the commercial market.

And even better, they'll end up with a system that's endlessly customizable and upgradeable — meaning it's a system that businesses can invest in without fear that it will someday be outmoded and obsolete.

There aren't many solutions in the world of cybersecurity that can make such a claim — making Wazuh a force to be reckoned with in the XDR market writ large.