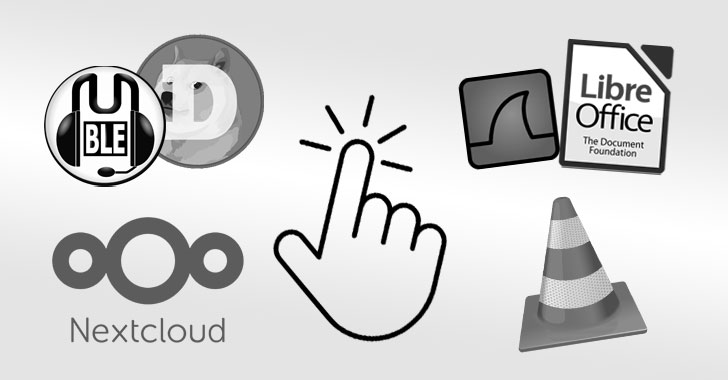 Multiple one-click vulnerabilities have been discovered across a variety of popular software applications, allowing an attacker to potentially execute arbitrary code on target systems.

"Desktop applications which pass user supplied URLs to be opened by the operating system are frequently vulnerable to code execution with user interaction," the researchers said. "Code execution can be achieved either when a URL pointing to a malicious executable (.desktop, .jar, .exe, …) hosted on an internet accessible file share (nfs, webdav, smb, …) is opened, or an additional vulnerability in the opened application's URI handler is exploited."

Put differently; the flaws stem from an insufficient validation of URL input that, when opened with the help of the underlying operating system, leads to inadvertent execution of a malicious file.

Positive Security's analysis found that many apps failed to validate the URLs, thereby allowing an adversary to craft a specially-crafted link pointing to a piece of attack code, resulting in remote code execution. 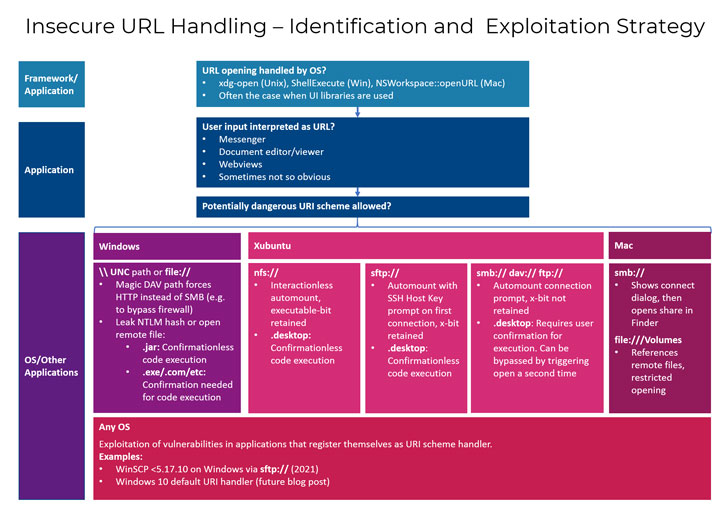 Following responsible disclosure, most of the apps have released patches to remediate the flaws -

"This issue spans multiple layers in the targeted system's application stack, therefore making it easy for the maintainers of any one to shift the blame and avoid taking on the burden of implementing mitigation measures on their end," the researchers said.

"However, due to the diversity of client systems and their configuration states, it is crucial that every party involved takes on some amount of responsibility and adds their contribution in the form of mitigation measures" such as URL validation and preventing remote shares from being auto-mounted.