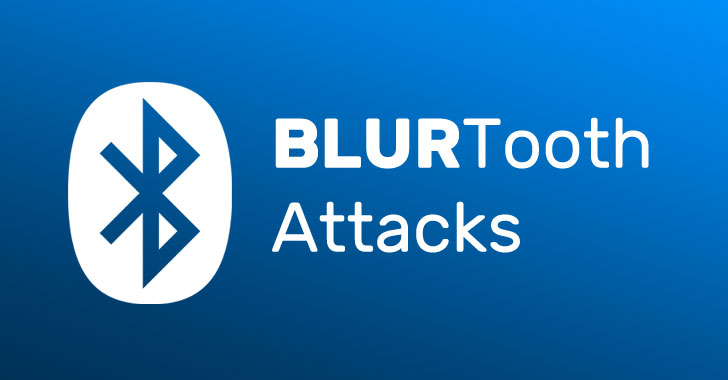 Bluetooth SIG—an organization that oversees the development of Bluetooth standards—today issued a statement informing users and vendors of a newly reported unpatched vulnerability that potentially affects hundreds of millions of devices worldwide.

Dubbed 'BLURtooth' and tracked as CVE-2020-15802, the flaw exposes devices powered with Bluetooth 4.0 or 5.0 technology, allowing attackers to unauthorizedly connect to a targeted nearby device by overwriting the authenticated key or reducing the encryption key strength.

"Dual-mode devices using CTKD to generate a Long Term Keys (LTK)or Link Key (LK) are able to overwrite the original LTK or LK in cases where that transport was enforcing a higher level of security," the researchers explain.

"Vulnerable devices must permit a pairing or bonding to proceed transparently with no authentication, or a weak key strength, on at least one of the BR/EDR or LE transports in order to be susceptible to attack."

In other words, the flaw leverage ability under specific implementations of the pairing process that could allow devices to overwrite authorization keys when the transport enforces a higher level of security.

According to an advisory published by Carnegie Mellon CERT Coordination Center, the flaw can lead to several potential attacks, grouped as 'BLUR attacks,' including man-in-the-middle attack.

"If a device spoofing another device's identity becomes paired or bonded on a transport and CTKD is used to derive a key which then overwrites a pre-existing key of greater strength or that was created using authentication, then access to authenticated services may occur," Bluetooth SIG warned of the same.

"This may permit a Man In The Middle (MITM) attack between devices previously bonded using authenticated pairing when those peer devices are both vulnerable."

"The Bluetooth SIG further recommends that devices restrict when they are pairable on either transport to times when user interaction places the device into a pairable mode or when the device has no bonds or existing connections to a paired device," the researchers said.