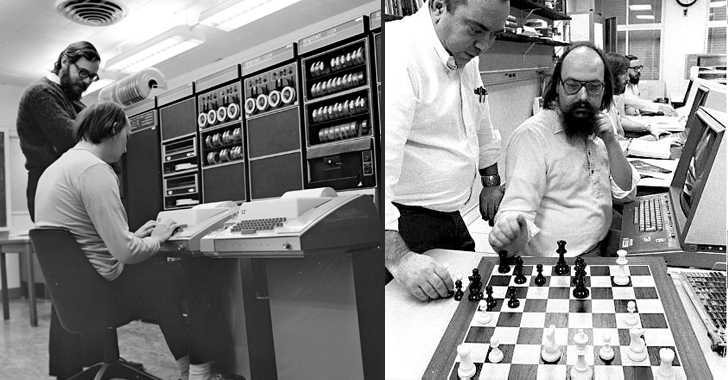 A 39-year-old password of Ken Thompson, the co-creator of the UNIX operating system among, has finally been cracked that belongs to a BSD-based system, one of the original versions of UNIX, which was back then used by various computer science pioneers.

Since all passwords in that list are protected using now-depreciated DES-based crypt(3) algorithm and limited to at most 8 characters, Neukirchen decided to brute-force them for fun and successfully cracked passwords (listed below) for almost everyone using password cracking tools like John the Ripper and hashcat.

The ones that she wasn't able to crack belonged to Ken Thompson and five other contributors who helped build the Unix system, including Bill Joy, who later co-founded Sun Microsystems in 1986 and designed the Java programming language.

"Ken's password eluded my cracking endeavor. Even an exhaustive search over all lower-case letters and digits took several days (back in 2014) and yielded no result," she wrote in a blog post published Wednesday.


"I also realized that compared to other password hashing schemes (such as NTLM), crypt(3) turns out to be quite a bit slower to crack (and perhaps was also less optimized)."


All Passwords Have Finally Been Cracked, Except Just One!


Earlier this month, Neukirchen posted all her findings on the Unix Heritage Society mailing list and requested other members to help to crack the remaining passwords.

Just 6 days after that, Australian engineer Nigel Williams responded with the plaintext password of Thompson, the father of Unix, which he claimed to have cracked in over 4 days using "an AMD Radeon Vega64 running hashcat at about 930MH/s."

Thompson's password has been revealed as "p/q2-q4!a" — a notation in chess to describe the move "pawn from Queen's 2 to Queen's 4."

Here below we have listed plaintext passwords of all Unix luminaries, including their names, usernames and original hashed versions of their passwords:

Dennis Ritchie, co-inventor of BSD and creator of the C programming language

Here's a list of cracked passwords belonging to other computer science pioneers:


Until now, all members in the list that Neukirchen found have had their passwords cracked except Bill Joy, whose username is bill and hashed password is ".2xvLVqGHJm8M"