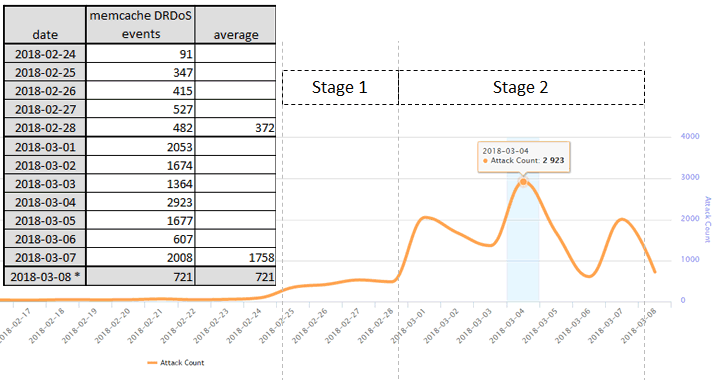 Chinese Qihoo 360's Netlab, whose global DDoS monitoring service 'DDosMon' initially spotted the Memcached-based DDoS attacks, has published a blog post detailing some new statistics about the victims and sources of these attacks.

Overall, the victims are mainly based in the United States, China, Hong Kong, South Korea, Brazil, France, Germany, the United Kingdom, Canada, and the Netherlands. 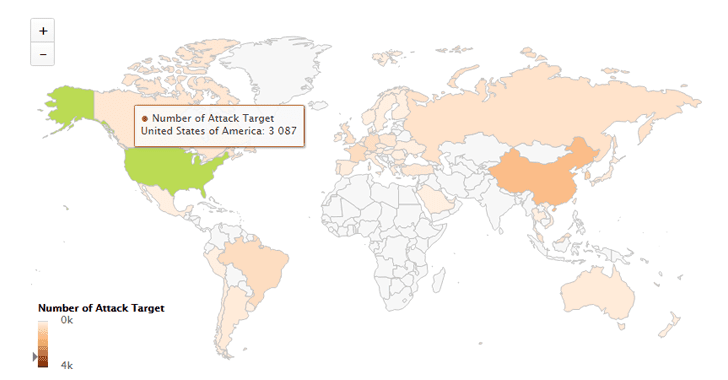 According to Netlab researchers, the frequency of attacks since 24th February has increased dramatically, as listed below:

Netlab's 360 0kee team initially discovered the Memcached vulnerability in June 2017 and disclosed (presentation) it in November 2017 at a conference, but its researchers have hardly seen any Memcache DDoS attacks since then.

The maximum number of active vulnerable Memcached servers at a time that participated in the DRDoS attacks was 20,612.

I don't want to exaggerate this but expect hundreds of thousands of Memcached-based DDoS attacks in coming days, as hackers and researchers have now released multiple easy-to-execute exploits that could allow anyone to launch Memcached amplification attacks.

Despite multiple warnings, over 12,000 vulnerable Memcached servers with UDP support enabled are still exposed on the Internet, which could fuel more cyber attacks.