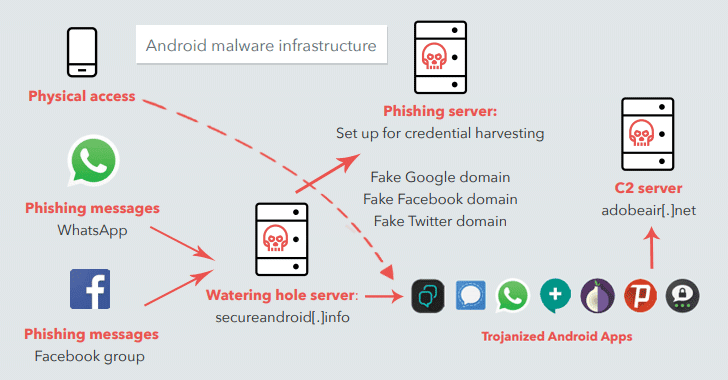 A global mobile espionage campaign collecting a trove of sensitive personal information from victims since at least 2012 has accidentally revealed itself—thanks to an exposed server on the open internet.

It's one of the first known examples of a successful large-scale hacking operation of mobile phones rather than computers.

The advanced persistent threat (APT) group, dubbed Dark Caracal, has claimed to have stolen hundreds of gigabytes of data, including personally identifiable information and intellectual property, from thousands of victims in more than 21 different countries, according to a new report from the Electronic Frontier Foundation (EFF) and security firm Lookout.

After mistakenly leaking some of its files to the internet, the shadowy hacking group is traced back to a building owned by the Lebanese General Directorate of General Security (GDGS), one of the country's intelligence agencies, in Beirut.


"Based on the available evidence, it's likely that the GDGS is associated with or directly supporting the actors behind Dark Caracal," the report reads. 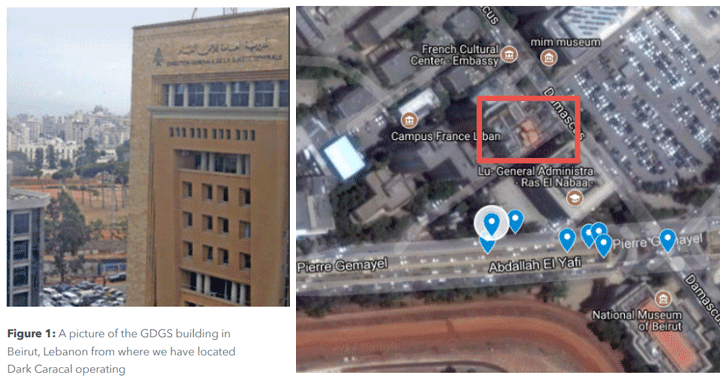 
"The contact details for Nancy present in WHOIS information matched the public listing for a Beirut-based individual by that name. When we looked at the phone number associated with Nancy in the WHOIS information, we discovered the same number listed in exfiltrated content and being used by an individual with the name Hassan Ward." 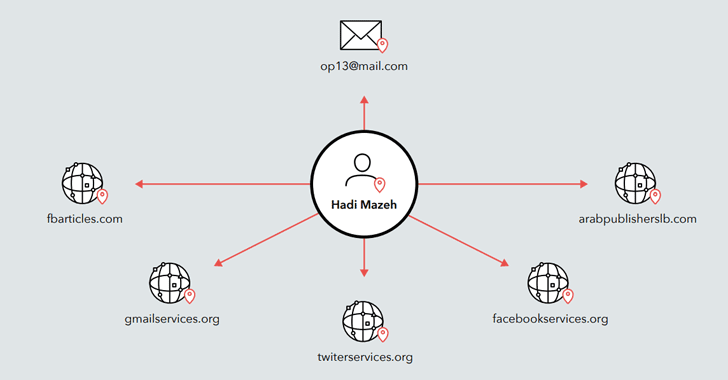 "During July 2017, Dark Caracal's internet service provider took the adobeair[.]net command and control server offline. Within a matter of days, we observed it being re-registered to the email address op13@mail[.]com with the name Nancy Razzouk. This allowed us to identify several other domains listed under the same WHOIS email address information, running similar server components. " 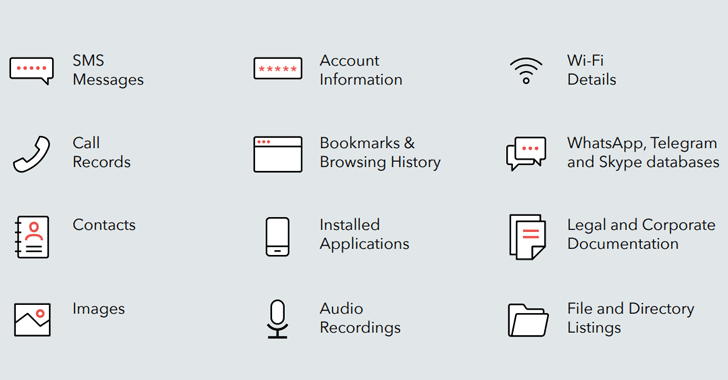 Dark Caracal has been conducting multi-platform cyber-espionage campaigns and linked to 90 indicators of compromise (IOCs), including 11 Android malware IOCs, 26 desktop malware IOCs across Windows, Mac, and Linux, and 60 domain/IP based IOCs.

However, since at least 2012, the group has run more than ten hacking campaigns aimed mainly at Android users in at least 21 countries, including North America, Europe, the Middle East and Asia.

The data stolen by Dark Caracal on its targets include documents, call records, text messages, audio recordings, secure messaging client content, browsing history, contact information, photos, and location data—basically every information that allows the APT group to identify the person and have an intimate look at his/her life.

To get its job done, Dark Caracal did not rely on any "zero-day exploits," nor did it has to get the malware to the Google Play Store. Instead, the group used basic social engineering via posts on Facebook groups and WhatsApp messages, encouraging users to visit a website controlled by the hackers and application permissions.


"One of the interesting things about this ongoing attack is that it doesn't require a sophisticated or expensive exploit. Instead, all Dark Caracal needed was application permissions that users themselves granted when they downloaded the apps, not realizing that they contained malware," said EFF Staff Technologist Cooper Quintin.

"This research shows it's not difficult to create a strategy allowing people and governments to spy on targets around the world." 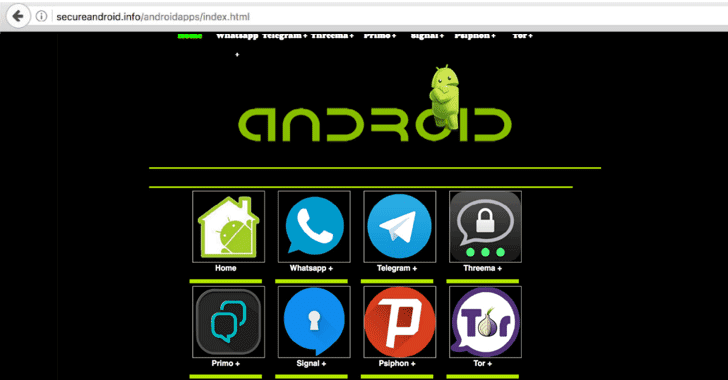 Once tricked into landing on the malicious websites, the victims were served fake updates to secure messenger apps, including WhatsApp, Signal, Threema Telegram, and Orbot (an open source Tor client for Android), which eventually downloaded the Dark Caracal malware, dubbed Pallas, on targets' mobile devices.


"Pallas samples primarily rely on the permissions granted at the installation in order to access sensitive user data. However, there is functionality that allows an attacker to instruct an infected device to download and install additional applications or updates." report says.

"Theoretically, this means it's possible for the operators behind Pallas to push specific exploit modules to compromised devices in order to gain complete access."


"Citizen Lab previously flagged the General Directorate of General Security in a 2015 report as one of two Lebanese government organizations using the FinFisher spyware5." report says.

According to the researchers, though Dark Caracal targeted macOS and Windows devices in various campaigns, at least six distinct Android campaigns were found linked to one of its servers that were left open for analysis, revealing 48GB was stolen from around 500 Android phones.

The best way to protect yourself from such Android-based malware attacks is to always download applications from the official Google Play Store market rather than from any third-party website.