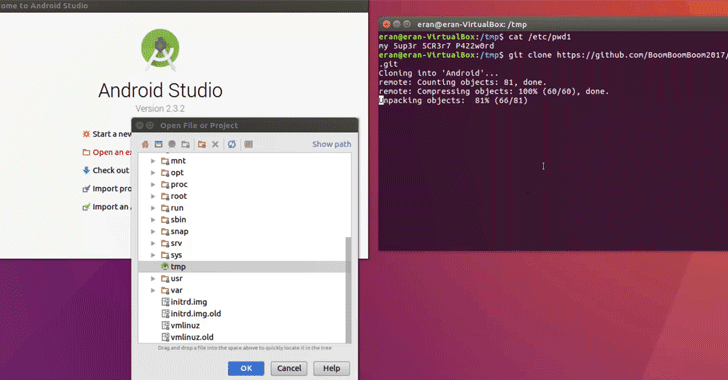 Finally, here we have a vulnerability that targets Android developers and reverse engineers, instead of app users.

Security researchers have discovered an easily-exploitable vulnerability in Android application developer tools, both downloadable and cloud-based, that could allow attackers to steal files and execute malicious code on vulnerable systems remotely.

The issue was discovered by security researchers at the Check Point Research Team, who also released a proof of concept (PoC) attack, which they called ParseDroid.

The vulnerability resides in a popular XML parsing library "DocumentBuilderFactory," used by the most common Android Integrated Development Environments (IDEs) like Google's Android Studio, JetBrains' IntelliJ IDEA and Eclipse as well as the major reverse engineering tools for Android apps such as APKTool, Cuckoo-Droid and more. 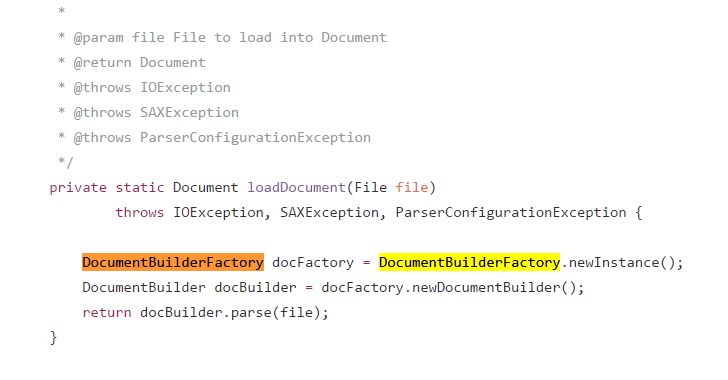 The ParseDroid flaw, technically known as XML External Entity (XXE) vulnerability, is triggered when a vulnerable Android development or reverse engineering tool decodes an application and tries to parse maliciously crafted "AndroidManifest.xml" file inside it.

In order words, all an attacker need to trigger the vulnerability is trick the developers and reverse engineers into loading a maliciously crafted APK file.


"By simply loading the malicious 'AndroidManifest.xml' file as part of an Android project, the IDEs starts spitting out any file configured by the attacker," the researchers said.


Besides this, the XXE vulnerability can also be used to inject arbitrary files anywhere on a targeted computer to achieve full remote code execution (RCE), which makes the attack surface-wide and various.
Moreover, the attacker doesn't require to target their victims directly, as the researchers suggest "another attack scenario that can be used in the wild to attack a massive range of Android developers by injecting a malicious AAR (Android Archive Library) containing our XXE payload into repositories."

For educational and demonstration purpose, researchers have also created an online APK decoder tool that can extract the malicious file from an APK (in this case they used a PHP web shell), allowing the attacker to execute system commands on the web application server, as shown in the video.


"The way we chose to demonstrate this vulnerability, of course, is just one of many possible attack methods that can be used to achieve full RCE," the Check Point researchers wrote. "Indeed, the Path Traversal method lets us copy any file to any location on the file system, making the attack surface-wide and various."

Check Point researchers Eran Vaknin, Gal Elbaz, Alon Boxiner and Oded Vanunu discovered this issue in May 2017 and reported them to all major IDEs and tools developers, including Google, JetBrains, Eclipse and APKTool owner.

Most of the developers, including Google, JetBrains and APKTool owner, have since fixed the issue and released patched versions.

Since all the attack methods demonstrated by the researchers are cross-platform, developers and reverse engineers are highly recommended to update their tools, if they haven't yet.