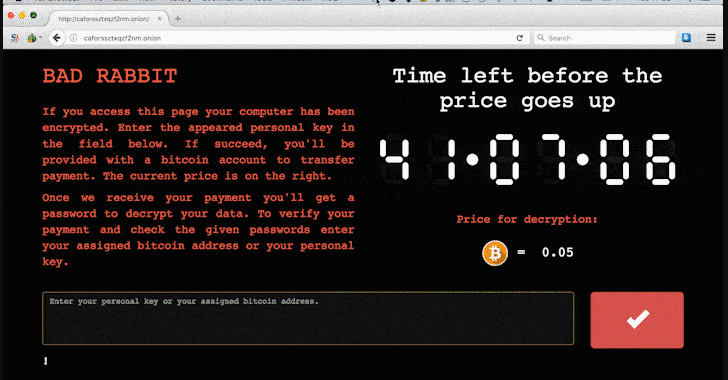 A new widespread ransomware attack is spreading like wildfire around Europe and has already affected over 200 major organisations, primarily in Russia, Ukraine, Turkey and Germany, in the past few hours.

According to an initial analysis provided by the Kaspersky, the ransomware was distributed via drive-by download attacks, using fake Adobe Flash players installer to lure victims' in to install malware unwittingly.

"No exploits were used, so the victim would have to manually execute the malware dropper, which pretends to be an Adobe Flash installer. We've detected a number of compromised websites, all of which were news or media websites." Kaspersky Lab said.


However, security researchers at ESET have detected Bad Rabbit malware as 'Win32/Diskcoder.D' — a new variant of Petya ransomware, also known as Petrwrap, NotPetya, exPetr and GoldenEye. 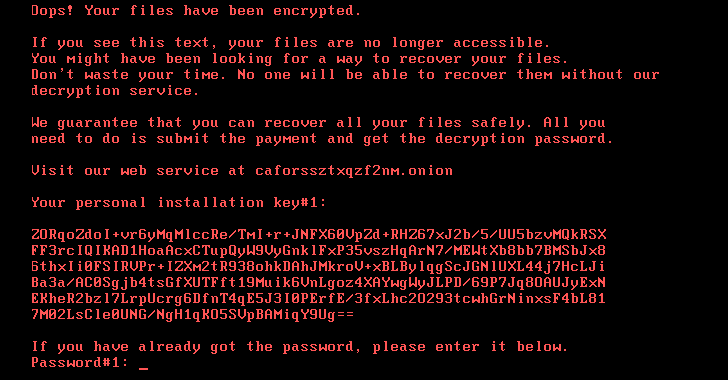 ESET believes the new wave of ransomware attack is not using EternalBlue exploit — the leaked SMB vulnerability which was used by WannaCry and Petya ransomware to spread through networks.

The ransom note, shown above, asks victims to log into a Tor onion website to make the payment, which displays a countdown of 40 hours before the price of decryption goes up.

The affected organisations include Russian news agencies Interfax and Fontanka, payment systems on the Kiev Metro, Odessa International Airport and the Ministry of Infrastructure of Ukraine.

Researchers are still analyzing Bad Rabbit ransomware to check if there is a way to decrypt computers without paying ransomware and how to stop it from spreading further.

How to Protect Yourself from Ransomware Attacks?


Kaspersky suggest to disable WMI service to prevent the malware from spreading over your network.

Most ransomware spread through phishing emails, malicious adverts on websites, and third-party apps and programs.

To always have a tight grip on your valuable data, keep a good backup routine in place that makes their copies to an external storage device that isn't always connected to your PC.

Make sure that you run a good and effective anti-virus security suite on your system, and keep it up-to-date.