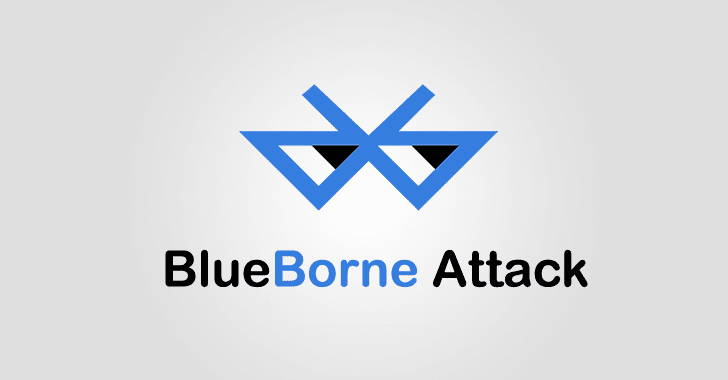 If you are using a Bluetooth enabled device, be it a smartphone, laptop, smart TV or any other IoT device, you are at risk of malware attacks that can carry out remotely to take over your device even without requiring any interaction from your side.

Using these vulnerabilities, security researchers at IoT security firm Armis have devised an attack, dubbed BlueBorne, which could allow attackers to completely take over Bluetooth-enabled devices, spread malware, or even establish a "man-in-the-middle" connection to gain access to devices' critical data and networks without requiring any victim interaction. 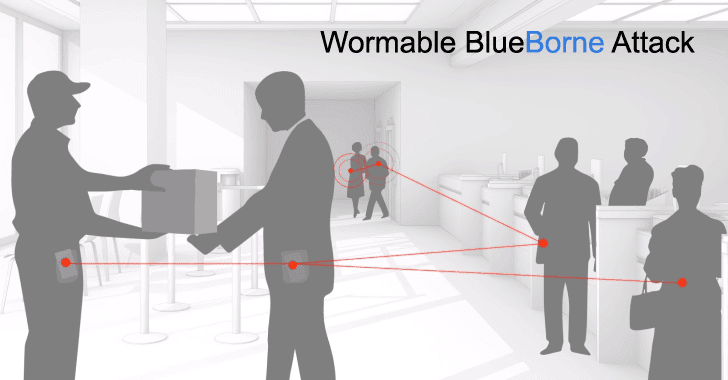 What's more worrisome is that the BlueBorne attack could spread like the wormable WannaCry ransomware that emerged earlier this year and wrecked havoc by disrupting large companies and organisations worldwide.

Ben Seri, head of research team at Armis Labs, claims that during an experiment in the lab, his team was able to create a botnet network and install ransomware using the BlueBorne attack.
However, Seri believes that it is difficult for even a skilled attacker to create a universal wormable exploit that could find Bluetooth-enabled devices, target all platform together and spread automatically from one infected device to others.


"Unfortunately, this set of capabilities is extremely desireable to a hacker. BlueBorne can serve any malicious objective, such as cyber espionage, data theft, ransomware, and even creating large botnets out of IoT devices like the Mirai Botnet or mobile devices as with the recent WireX Botnet," Armis said.
"The BlueBorne attack vector surpasses the capabilities of most attack vectors by penetrating secure "air-gapped" networks which are disconnected from any other network, including the internet."


The security firm responsibly disclosed the vulnerabilities to all the major affected companies a few months ago—including Google, Apple and Microsoft, Samsung and Linux Foundation.

Google and Microsoft have already made security patches available to their customers, while Apple iOS devices running the most recent version of its mobile operating system (that is 10.x) are safe.


"Microsoft released security updates in July and customers who have Windows Update enabled and applied the security updates, are protected automatically. We updated to protect customers as soon as possible, but as a responsible industry partner, we withheld disclosure until other vendors could develop and release updates." – a Microsoft spokesperson said.

What's worst? All iOS devices with 9.3.5 or older versions and over 1.1 Billion active Android devices running older than Marshmallow (6.x) are vulnerable to the BlueBorne attack.

Android users need to wait for security patches for their devices, as it depends on your device manufacturers.

In the meantime, they can install "BlueBorne Vulnerability Scanner" app (created by Armis team) from Google Play Store to check if their devices are vulnerable to BlueBorne attack or not. If found vulnerable, you are advised to turn off Bluetooth on your device when not in use.