What is the hype around Firewall as a Service? 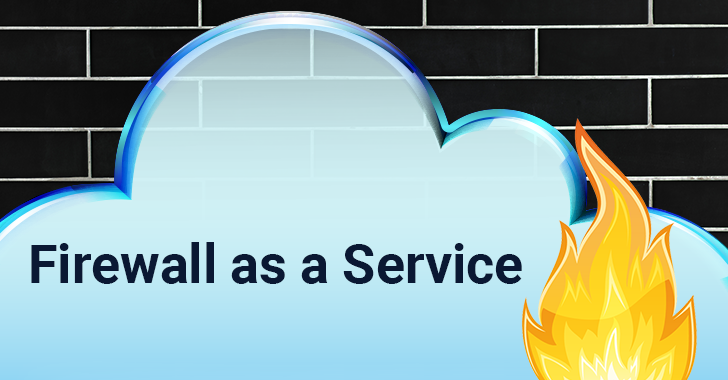 Admit it. Who would not want their firewall maintenance grunt work to go away?

For more than 20 years, companies either managed their edge firewall appliances or had service providers rack-and-stack appliances in their data centers and did it for them.

This was called a managed firewall — an appliance wrapped with a managed service, often from a carrier or managed security service provider (MSSP).

The provider assumed the management of the firewall box, its software, and even its policy and management from the over-burdened IT team. But customers ended up paying for the inefficiency of dealing with appliances (i.e. "grunt work") because the problem just shifted to the provider. A new architecture was needed - a transformation from an appliance form factor to a true cloud service.

In a 2016 Hype Cycle for Infrastructure Protection report, Gartner analyst Jeremy D'Hoinne initiated the emerging category of Firewall as a Service (FWaaS).


He defined FWaaS as "...a firewall delivered as a cloud-based service or hybrid solution (that is, cloud plus on-premises appliances). The promise of FWaaS is to provide simpler and more flexible architecture by leveraging centralized policy management, multiple enterprise firewall features and traffic tunneling to partially or fully move security inspections to a cloud infrastructure"

Recently, in the 2017 Magic Quadrant for Unified Threat Management (SMB Multifunction Firewalls), the analysts reference a Gartner client survey indicating 14% of respondents were likely (8%) or very likely (6%) to consider moving all the firewall security functions to FWaaS.

FWaaS isn't merely packaging of legacy appliances into a managed service. It is challenging the decades-old concept of the appliance as the primary form factor to deliver network security capabilities.

What is an FWaaS?

FWaaS offers a single logical firewall that is available anywhere, seamlessly scales to address any traffic workload, enforces unified policy, and self-maintained by a cloud provider.

Let's look at these elements in more detail.

• Single, global firewall instance — One firewall instance for the entire global organization is radically different than the current architecture that places a network security stack at each location, a regional hub or a datacenter.

With FWaaS every organizational resource (data center, branch, cloud infrastructure or a mobile user) plugs into the FWaaS global service and leverages all of its security capabilities (application control, URL filtering, IPS, etc).

• Seamlessly scales to address inspection workload — FWaaS provides the necessary compute resources to perform all security processing on all traffic regardless of source or destination.

IT teams no longer need complex sizing processes to determine the appliance capacity needed to plan for today's business requirements and future growth.

For example, the increase in SSL traffic volume pressures appliance processing capacity and can force unplanned. FWaaS can scale to accommodate these needs without disrupting the customer's business operations.

• Enforcing a unified policy — A single firewall, by design, has a single security policy. While legacy appliance vendors created centralized management consoles to ease managing distributed appliances, IT must still consider the individual firewalls instances per location and often customize policies to the locations' unique attributes.

In heterogenous firewall environments (often created due to M&A) security policy is hard to configure and enforce increasing exposure to hackers and web-borne threats. Contrast that with a single cloud-based firewall that uniformly applies the security policy on all traffic, for all locations and users.

• Self-maintained — One of the most painful aspects of firewall management is maintaining the software through patches and upgrades. It is a risky process that could impact business connectivity and security.

Many IT teams tend to skip or completely avoid software upgrades, leaving enterprise exposed. Because the cloud-based firewall software is maintained by the FWaaS provider and is shared by all customers, the firewall is kept up to date by quickly fixing vulnerabilities and bugs, and rapidly evolving with new features and capabilities that the customers can immediately access.

FWaaS is bringing genuine relief to overburdened IT teams within enterprises and service providers. Instead of wasting cycles on sizing, deploying, patching, upgrading and configuring numerous edge devices, work can now shift to delivering true security value to the business through early detection and fast mitigation of true risk.

FWaaS is not a mere concept. It has been deployed in production deployments and by several vendors.

Cato Networks is a provider of the Cato Cloud, built from the ground up to deliver Firewall as a Service.

Cato provides an optimized, global SD-WAN, ensuring resilient connectivity to its FWaaS in from all regions of the world. Cato can completely eliminate edge firewalls by inspecting both WAN and Internet-bound traffic. The Cato Cloud FWaaS further extends to mobile users and cloud datacenters.

Zscaler provides FWaaS for Internet-bound traffic from remote branches and mobile users. To secure WAN traffic, customers must rely on other means.

Palo Alto Networks recently announced a similar service. It uses its next generation firewall within a cloud service to protect users, whether in remote locations or mobile, accessing the Internet.

FWaaS is a viable alternative for IT teams that waste time and money to sustain their distributed edge firewall environments — the so-called appliance sprawl.

With FWaaS, they can now reduce the operational and capital expense of upgrading and refreshing appliances as well as the attack surface resulting from delayed patches and unmitigated vulnerabilities.

By simplifying the network security architecture, FWaaS makes IT more productive and the business secure.