A massive archive of Microsoft's top-secret Windows 10 builds, and the source codes for private software has been reportedly leaked online, which could lead to a nasty wave of Windows 10 exploits, journalist at the Reg claims.

The Leaked files – uploaded on BetaArchive website – contains more than 32 terabytes of data, which includes many non-public Windows 10 and Windows Server 2016 builds created by Microsoft engineers for testing purpose.

Interestingly, Windows 10 internal builds include private debugging symbols defined by the engineers usually to help other in-house developers understand how some specific codes in the operating system works and what functions it calls, the Register reports. 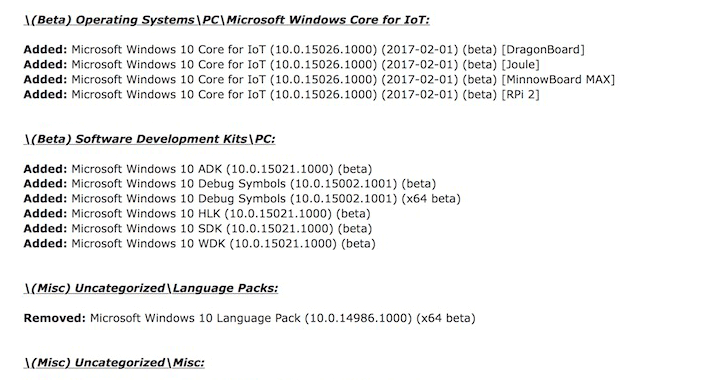 Private debugging symbols reveal some sensitive in-depth knowledge about the operating system that could be used by exploit writers to find vulnerabilities.

According to Microsoft's website, Shared Source Kit is available only for "qualified customers, enterprises, governments, and partners for debugging and reference purposes."

However, BetaArchive says that the leak is just 1.2GB in size and now has been removed.from its servers.

"We have removed it from our FTP and listings pending further review just in case we missed something in our initial release. We currently have no plans to restore it until a full review of its contents is carried out, and it is deemed acceptable under our rules." BetaArchive said. 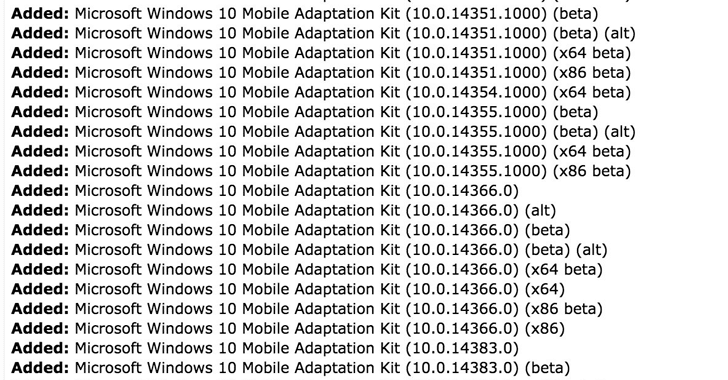 So far, it's unclear who is behind this massive leak, but it could be from one of the Microsoft OEM partners.

Microsoft has confirmed that a portion of Windows 10 source code has leaked online.


"Our review confirms that these files are actually a portion of the source code from the Shared Source Initiative and is used by OEMs and partners," confirms a Microsoft spokesperson to The Verge.