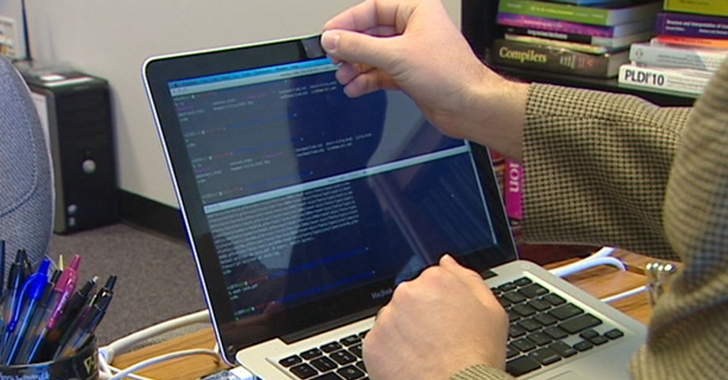 What do you do to protect your 'Privacy' while using your computer?

Yes, you heard it right. During the Q&A session at Kenyon College last week, Comey said that he uses tape to cover his laptop webcam in order to mitigate the danger of secret surveillance.

While giving a speech about encryption and privacy, Comey repeated his argument that "absolute privacy" hampers the law enforcement and has never existed in America – until now, when by default encryption offered by big tech giants created boundaries where law enforcement can't enter, even with a court order.

But after his speech, Comey said something that generated hilarity on social media:

Comey's worry about webcams is reasonable, especially when the Federal Bureau of Investigation (FBI) itself has used malware to hack into webcams to spy on targets.

On one hand Comey argues that the companies should not make devices that are unhackable to law enforcement, but on the contrary, he is doing exactly the same with his personal webcam.

So why is he having a double standard for his own privacy?

"FBI Director Comey has created a "warrant-proof webcam" that will thwart lawful surveillance should he ever be investigated. Shame on him," Soghoian tweeted.

However, keeping aside the hypocrisy of Comey, tapping your laptop's webcam is a good take away for you to adopt, as we know the ability of the FBI and NSA (National Security Agency) to spread malware and turn on webcam to spy on targets.

Edward Snowden Leaks revealed the NSA's Optic Nerve project that carried out to capture webcam images every five minutes from random Yahoo users. In just 6 months, 1.8 million users' images were captured and stored on the government servers in 2008.

Though putting a tape over the lens of your webcam would not stop hackers or government spying agencies from recording your voice, at least this would prevent them watching or capturing your live visual feeds.