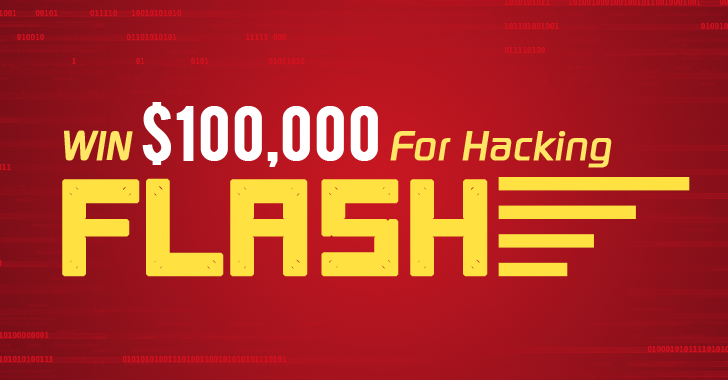 A well-known company popular for buying and selling zero-day vulnerabilities is now offering up to $100,000 for providing a working zero-day exploit for bypassing the Flash Player's Heap Isolation mitigation.

Few months back, Adobe deployed Heap Isolation in Flash version 18.0.0209 with an aim at making the Use-After-Free (UAF) vulnerabilities more difficult for cybercriminals to exploit.

Zerodium is a startup by the infamous French-based company Vupen that Buys and Sells zero-day exploits and vulnerabilities.

Zerodium, which describes itself as "the premium zero-day acquisition platform," recently paid $1 Million bounty to a hacker for submitting a remote browser-based iOS 9.1/9.2b Jailbreak (untethered) Exploit.

What is "Isolated Heap" Mitigation Technique?

The use-after-free vulnerability is a type of memory corruption flaw that can be exploited by Hackers to execute arbitrary code or even allows full remote code execution capabilities.

This Mitigation technique allocates a dedicated heap for selected critical objects to use, which is separate from other heaps that a user can directly access.

Isolated Heap prevents precise control of the data, thus eliminates the hacker's ability to corrupt memory in this way.

Today, Zerodium posted a tweet announcing that the company is offering:


Now, let's wait and watch who will win this competition, or I can say that who will be going to sell a new zero-day exploit to the company which is infamous for re-selling them further.

And If you really want to get rid of such nasty zero-day exploits, you are advised to simply disable or completely uninstall Adobe Flash Player immediately. Stay Tuned to our Facebook Page for latest Hacker News stories.