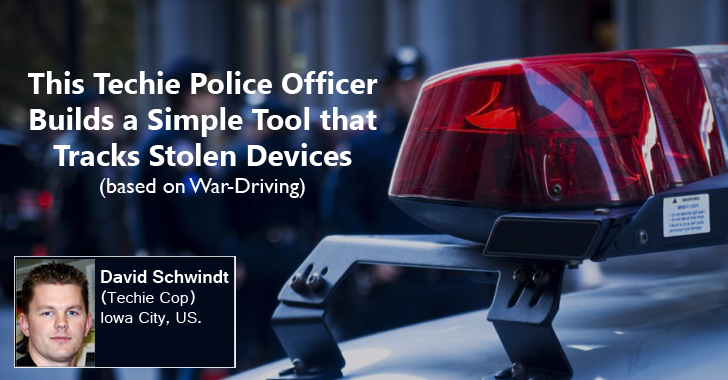 Ever wonder, How can you Track your Stolen Smartphone, Laptop or any Smart Device?

...Or may be some special types of equipment?

Well, Not required, because now it is possible to track stolen devices just by scanning their MAC addresses.

Yes, Just MAC addresses, which is assigned to each device on a unique basis by the IEEE, but crooks can modify it in an attempt to hide the origin of the stolen device.

But given the people's practice to never notice the MAC address of their mobile phone, tablet, laptop, desktop, smart TV, smart refrigerator, or broadband router, MAC addresses can be used to track stolen electronics.

This exactly is what an Iowa City cop wants to do.

How Police Can Track Stolen Devices?

The software, Schwindt dubbed L8NT (short for Latent analysis of 802.11 Network Traffic), is a specialized wireless dongle with a suitable antenna that scans for and locates MAC addresses associated with the known stolen devices.


The MAC addresses of the stolen devices can be stored in the L8NT database. Depending on the situation, MAC addresses are easily identifiable.


When L8NT is running, the software is channel hopping through the 2.4 GHz and/or 5 GHz bands and receiving packets.

If the particular MAC address is not in the L8NT database, it is ignored. But if there is a match, the L8NT user is notified.

By switching to a directional antenna, and using the signal strength meter in L8NT, the user can follow the signal back to the physical device.

However, the stolen devices should have wireless networking capability (Wi-Fi) turned on. If the device Wi-Fi is turned off or is powered down, the device is not going to be visible.

Under the "Passengers tracking operation", the Canadian spy agency was tracking passengers even days after they left the airport terminal just by capturing their device MAC addresses from the free Wi-Fi service at a major Canadian airport.

The documents also revealed that the federal intelligence agency was collecting MAC addresses in the United States Airports as well, and literally at other thousands of public places in the U.S.

The traditional method used by law enforcement for recovering lost or stolen devices is to physically examine the device to obtain the model and serial number.

"However, physical examination of most devices is extremely difficult because of Constitutional search and seizure issues," L8NT website reads. "In most cases, law enforcement is only able to create a report of the theft for insurance purposes."

Schwindt promises that L8NT does not record any personal or sensitive information from the device, while it only scans for contraband MAC addresses.

The officer has developed a proof-of-concept software, but hopes to patent L8NT and will apply for a full patent this fall.