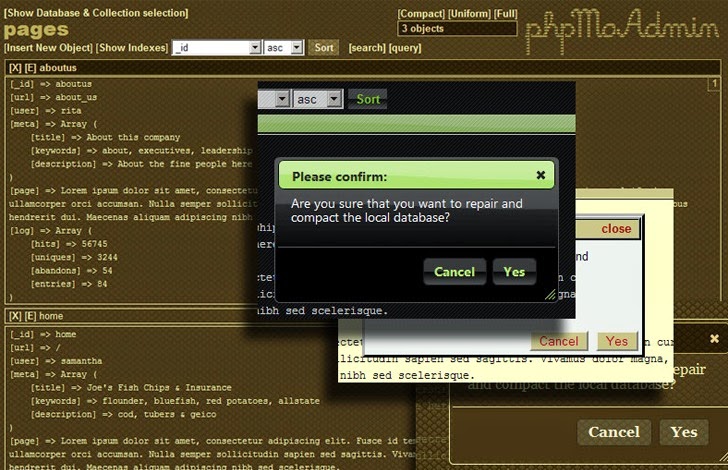 About two weeks back, over 40,000 organizations running MongoDB were found unprotected and vulnerable to hackers. Now, once again the users of MongoDB database are at risk because of a critical zero-day vulnerability making rounds in underground market.

MongoDB, one of the leading NoSQL databases, is an open-source database used by companies of all sizes, across all industries for a wide variety of applications. By leveraging in-memory computing, MongoDB provides high performance for both reads and writes.

According to multiple posts available on the exploit selling underground forums, the phpMoAdmin is vulnerable to a Zero-Day Remote Code Execution flaw that allows an unauthorized remote user to hijack the websites running phpMoAdmin tool.

0-DAY EXPLOIT AVAILABLE AND IT WORKS
At the time of writing, we have no idea that phpMoAdmin developers are aware of the this zero-day vulnerability or not, but this exploit is already for sale on underground exploits forums and has already been verified by the market administrators that — It Works!

It might be possible that number of buyers and hackers already have access to the phpMoAdmin zero-day exploit and, unfortunately, there is no patch yet available for thousands of vulnerable websites.

HOW TO PROTECT MONGO DATABASE ?
In order to protect yourself, users of MongoDB database are recommended to avoid using phpMoAdmin until the developer team releases a patch for the zero-day remote code execution vulnerability.

As an alternate to the phpMoAdmin, you can make use of other free MongoDB GUI Tools available, as follows:
However, if you don't want to replace your phpMoAdmin file, then the simplest approach would be to restrict unauthorized access using htaccess password i.e. creating '.htpasswd' authentication for folder containing "moadmin.php" file.