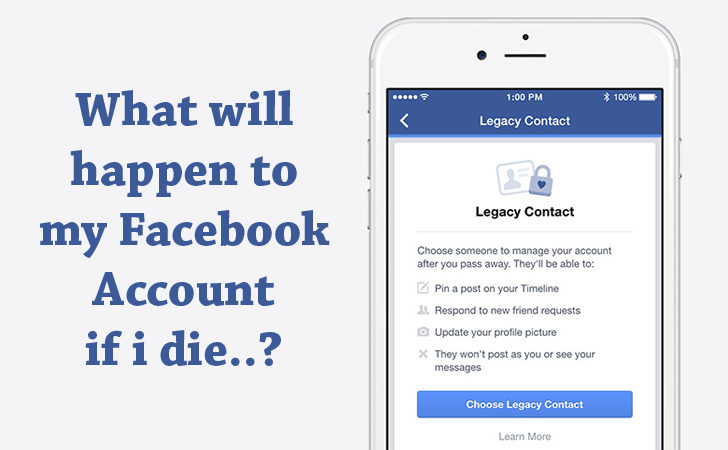 When I Die, I'd like someone to keep updating my Facebook Status, just to Freak people out, because who knew I'd have WiFi signal up there. Jokes apart, Facebook has fulfilled my this wish as well.

The social networking giant is giving its users control over what happens to their Facebook accounts when they die.

Until now, Facebook allowed people to turn the profiles of their loved one into "memorialized" accounts after Facebook verifies that person has died, meaning the account could be viewed but not be managed or edited. But Facebook is now adding a new option that users can select prior to their death: 'Legacy Contact'.

"Until now, when someone passed away, we offered a basic memorialized account which was viewable, but could not be managed by anyone," the Facebook team wrote in a blog post. "By talking to people who have experienced loss, we realized there is more we can do to support those who are grieving and those who want a say in what happens to their account after death."

Facebook is rolling out these new changes in the US first, but plans to expand the changes to more regions.