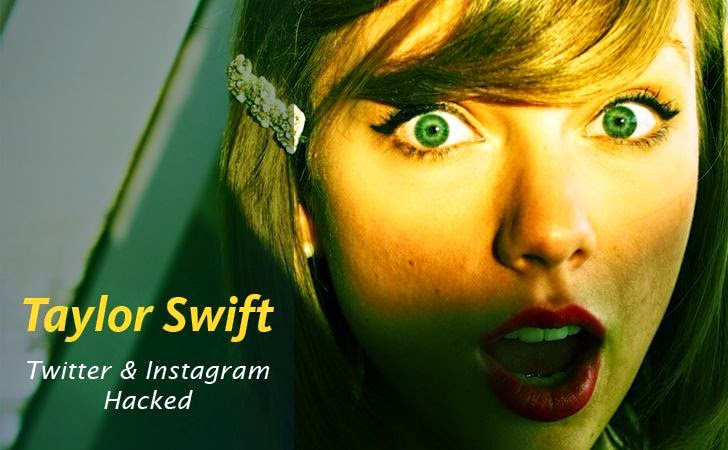 The very popular Pop star Taylor Swift became the latest celebrity to have their social media accounts hacked on Tuesday.
The 25-year-old "Shake It Off" singer, who has the fourth-most popular Twitter account with 51.4 million followers, appeared to be asking her millions of followers to follow @veriuser and @lizzard.

Swift confirmed that her Twitter and Instagram accounts were hacked on Tuesday afternoon, and also that the rogue posts were quickly removed from the social media websites.

"My Twitter got hacked but don't worry, Twitter is deleting the hacker tweets and locking my account until they can figure out how this happened and get me new passwords," said a statement posted on Swift's personal Tumblr page.

The accounts were taken for just 15 minutes, but when it belongs to Taylor Swift, that makes it a big hit. At the time, a Tweet went out from @TaylorSwift13 to her millions of fans, saying, "go follow my boy, @lizzard :)"
Yes Lizzards are the same guys who recently took down Sony's PlayStation game networks, among other things, as @lizzard profile claimed to be the "Leader of Lizard Squad" — the hacking group that's ostensibly behind this attack.
The hackers not only took over her social media accounts, but also threatened Taylor Swift to release here nude pictures, on which the pop star says "none existed."

"Any hackers saying they have 'nudes'?" Swift tweeted after retaking control of her Twitter account. "Psssh you'd love that wouldn't you! Have fun photo-shopping cause you got NOTHING." 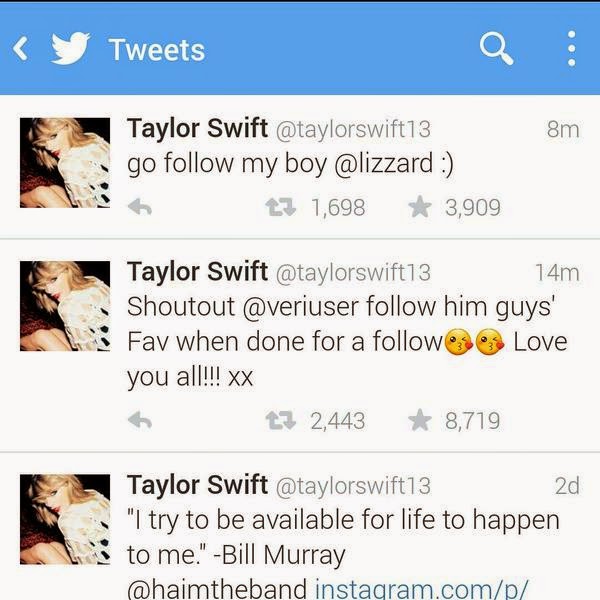 Both the Instagram photo and the rogue Tweets from her accounts have vanished. However, @lizzard and @veriuser's Twitter accounts have been suspended by Twitter.
Swift even mimicked the lyrics to her hit "Shake It Off" by tweeting, "Cause the hackers gonna hack, hack, hack, hack, hack ..."
Though, hacking the fourth largest profile on Twitter makes the hack one of the higher-profile breaches that has occurred on the network.