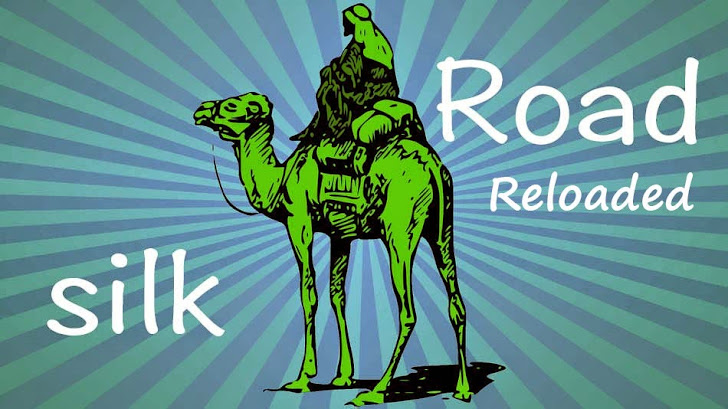 Multiple successors of the original Silk Road have come and all have been taken offline in recent years, but aside from selling illegal goods and services, they all have had one thing in common – they've all relied on the Tor network.

A new version of the anonymous online black market Silk Road, has re-appeared on the dark web, but this time the website doesn't rely on the now infamous Tor network and neither it deals in only Bitcoins.

The new version of the notorious online black market, dubbed "Silk Road Reload​ed", launched Sunday on the little-known "I2P" anonymous network, dealing with a range of cryptocurrencies including the meme-inspired Dogecoin.

In short, apart from the name, there is no connection between the original Silk Road website and the newly launched Silk Road Reloaded.

Silk Road Reloaded is only accessible by downloading the special software called I2P (Invisible Internet Project), or by configuring your systems in such a way that it connects to I2P web pages with .i2p suffix. Just like the Tor network, I2P also lets users browse websites and send messages anonymously.

Another key difference between the original Silk Road and Silk Road Reloaded is the fact that the new site accepts more than just Bitcoins as a form of payment. Silk Road Reloaded deals in a total of eight different forms of cryptocurrency, including Darkcoin, Dogecoin, and Anoncoin, with more along the way.

These are two of the biggest differentiators between the new Silk Road and its ancestors. Silk Road Reloaded has most of the illicit unmentionables you'd expect from an online black market, save for weapons and stolen credit card credentials, something which some Tor sites, such as Evolution, now sell in abundance, Motherboard reported.

The creators of the I2P highlighted the differences between onion routing and their own peer-based creation and said, "Tor and Onion Routing are both anonymizing proxy networks, allowing people to tunnel out through their low latency mix network. The two primary differences between Tor / Onion-Routing and I2P are again related to differences in the threat model and the out-proxy design (though Tor supports hidden services as well). In addition, Tor takes the directory-based approach - providing a centralized point to manage the overall 'view' of the network, as well as gather and report statistics, as opposed to I2P's distributed network database and peer selection."

When Silk Road 2.0 was taken down in November last year, black markets struggled to search an alternative to set up their shop. Probably they switch to I2P network because the Tor network had been compromised several times and targeted by the U.S. government. Silk Road Reloaded has seemingly found a possible answer.

I2P websites require special software to access them and do not appear on the Google searches, circumventing surveillance from Internet service providers (ISPs) and government agencies. Although it operates in a similar way to the Tor browser, I2P or "eepsites" are believed to offer increased security.

The creator of the Silk Road Reloaded has been promoting it on the Silk Road section of Reddit, saying: "I've built a great platform and it speaks for itself."