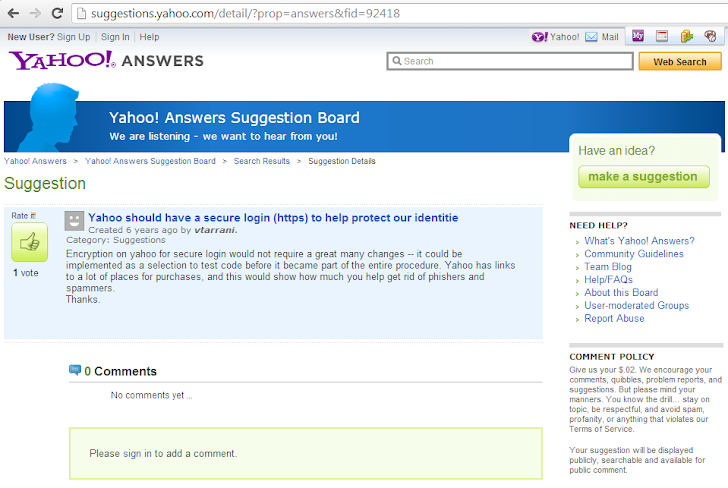 Yahoo! The 4th most visited website on the Internet has been found vulnerable multiple times, and this time a hacker has claimed to spot a critical vulnerability in the Yahoo! sub-domain 'suggestions.yahoo.com', which could allow an attacker to delete the all the posted thread and comments on Yahoo's Suggestion Board website.

Exploiting the flaw escalates the user privileges that allow a hacker to delete more than 365,000 posts and 1,155,000 comments from Yahoo! Database. Technical details of the vulnerability are as explained below:

Where parameter 'fid' is the topic id and 'cid' is the respective comment ID. While testing, he found changing the fid and cid parameter values allow him to delete other comments from the forum, that are actually posted by another user.

Deleting Posts: Next, he also tested post deletion mechanism and found a similar loophole in that. A normal HTTP Header POST request of deleting a post is:

He found that, appending the fid (topic id) variable to the URL allows him to delete the respective post, that was not posted by himself i.e.

Ibrahim has reported the flaw to Yahoo Security team and also provided a Video Demonstration, as shown below:

A potential attacker with little knowledge of programming could write an automated script to delete all the comments and posts.

The vulnerability hunter claimed that he had received the Bug Bounty for reporting this security flaw to yahoo and which now has been fixed by the company.