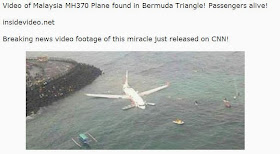 Hackers are very smart on gaining from every opportunity they get and this time the lost Malaysian Airlines flight MH370 gave them a chance to hijack, not the plane, but you all sitting over their operating your Facebook account and having an eye on every news related to the Mysterious Malaysian plane.
Spammers are taking advantage of the lost Malaysian plan and spam spreading malware on the Facebook, abusing the mystery behind the Malaysia airplane MH370 that has gone missing by the time it flew from Kuala Lumpur to Beijing.

The hackers are redirecting Facebook users to the malicious websites using a fake Facebook post, claims that missing Malaysian Airlines flight MH370, a Boeing 777-200 aircraft has been found in the Bermuda Triangle with its passengers still alive and invites users to click a link to view breaking news video footage.
Title of the fake video: Malaysia Plane MH370 Has Been Spotted Somewhere Near Bermuda Triangle. Shocking Videos Release Today. 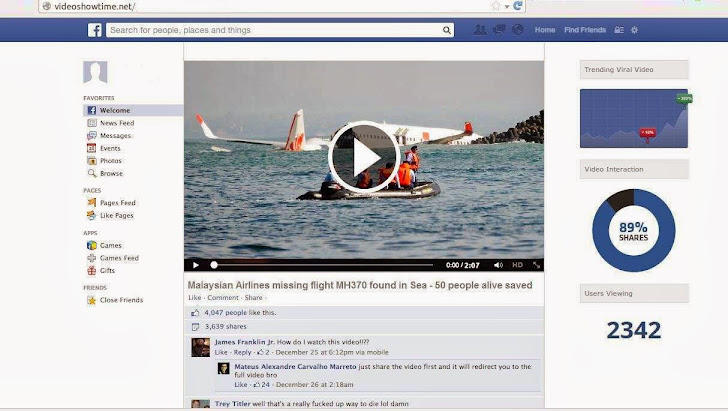