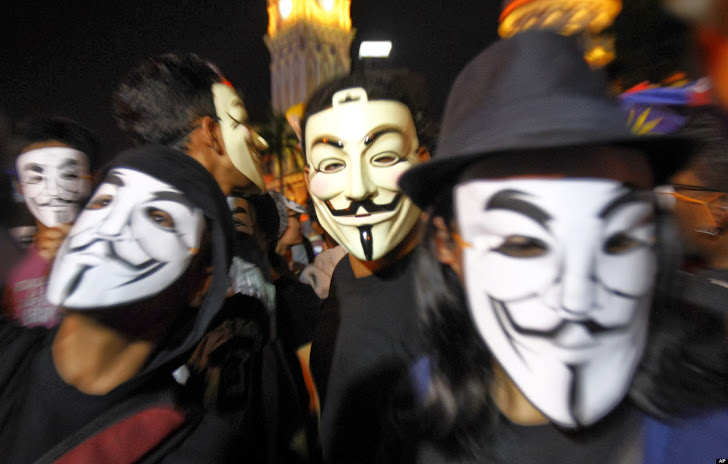 Since 2011, the collective hacking group, Anonymous and LulzSec were targeting both Government and law-enforcement websites of U.S and UK, by their own DDoS attack tactics which they used to communicate and plan on Chat rooms known as IRCs, but British intelligence agency GCHQ used their own weapon against them.

According to the recent Edward Snowden document, a division of Government Communications Headquarters (GCHQ), which is also very well known as the British counterpart of the NSA, had shut down communications among Anonymous hacktivists by launching a "denial of service" (DDOS) attacks, making the British government the first western government known to have conducted such an attack, NBC news reports.

According to the PowerPoint presentation prepared for a 2012 NSA conference called SIGDEV, shows that there was a special GCHQ unit known as the Joint Threat Research Intelligence Group (JTRIG) launched an operation called 'Rolling Thunder' that perform massive DDOS attacks and uses other techniques to scare away 80 percent of the users of Anonymous internet chat rooms.

The operation allowed JTRIG to identify GZero, whose real name was Edward Pearson, a British hacker of age 25 from New York, who was prosecuted and sentenced to 26 months in prison for stealing 8 million identities and information from 200,000 PayPal accounts.

Another hactivist Jake Davis, nick named Topiary, an 18-year-old member of Anonymous and LulzSec spokesman for Scotland, was arrested in July 2011 and was sentenced to 24 months in a youth detention center.


Today Jake tweeted that, "I plead guilty to two counts of DDoS conspiracy and to my face these GCHQ bastards were doing the exact same thing" and "who are the real criminals?" 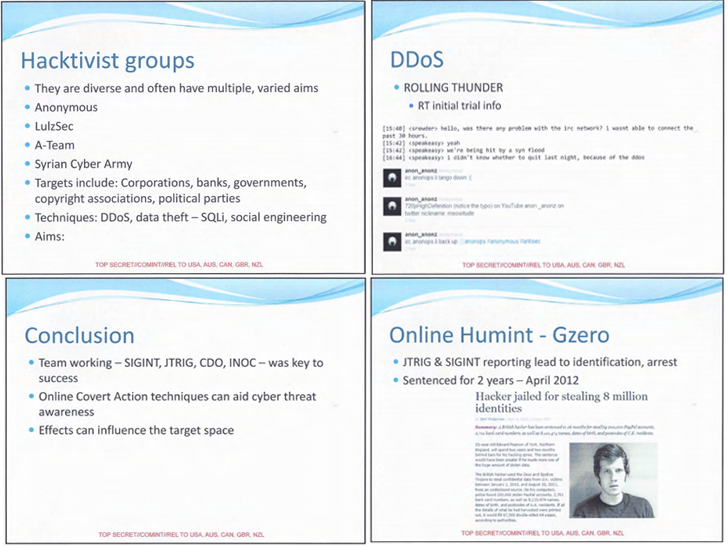 A slide headlined "DDOS" refers to the operation known as "Rolling Thunder" The conversation between two hacktivists quotes, "Was there any problem with the IRC [chat room] network?" asks one. "I wasn't able to connect the past 30 hours." "Yeah," responds another. "We're being hit by a syn flood. I didn't know whether to quit last night, because of the DDOS."

In a statement to NBC news, a GCHQ spokesperson said that "All of GCHQ's work is carried out in accordance with a strict legal and policy framework," and that its activities were "authorized, necessary and proportionate."