Think twice before using some words like 'Bomb', 'Attack', 'Blast' or 'kill' in your Facebook status update, tweets or emails, because this may flag you as a potential terrorist under a surveillance project of Indian Security agencies.
This Indian Internet surveillance project named as NETRA (Network Traffic Analysis), capable of detecting and capture any dubious voice traffic passing through software such as Skype or Google Talk, according to the Economic Times.
In Hindi, NETRA means "eye" and this project is an Indian version of PRISM i.e. A spying project by US National Security Agency (NSA), that also allows the government to monitor the Internet and telephone records of citizens.
Reportedly, NETRA is under testing right now by the Indian Intelligence Bureau and Cabinet Secretariat and after on success will be deployed by all Indian National security agencies.
Centre for Artificial Intelligence and Robotics (CAIR), a lab under Defence Research and Development Organisation (DRDO) is still hardworking on 'Netra' project to give it extraordinary features like NSA's PRISM.
One of the fun fact about the project is that, NETRA is defined to use only 300 GB of storage space for storing the intercepted internet traffic... Are they serious..? HOW is it POSSIBLE? and this data will be shared with only maximum three security agencies, including the Intelligence Bureau (IB) and Cabinet Secretariat.
At this time, even I am not sure that what does they mean by "300 GB of storage space", but we are trying to contact DRDO guys for more further information on this matter. 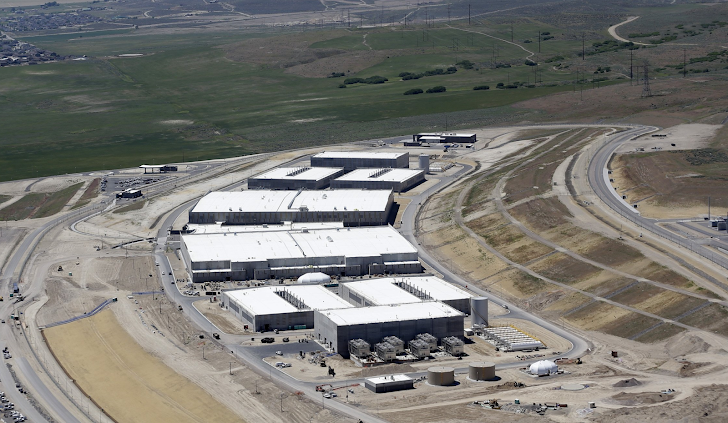 Anyway, NSA has a 100,000 square foot "mission critical data center", where they are intercepting 1.7 billion American electronic records and communications a day, using 5 Zettabytes (1 Trillion GB) space to keep every information stored for next 500s years at least.
Also some questions arise here that:
The government should clear the objectives and ability of the NETRA project. Because according to the population of Internet users in India, words like 'Bomb', 'Attack', 'Blast' or 'kill' will trigger RED ALARM millions of times a day and if they don't have the capability to trace down right mischief people, rather than disturbing elements, which may purposefully divert the attention of security agencies for various means.
Another major concern is Privacy, unwarranted digital intrusions and interference with citizens' online communications.
Forbes India reported that, India has more than around 50 different laws, rules and regulations that aim to uphold privacy and confidentiality in various domains. Unfortunately, most of those policies are very dated and do not sufficiently take into account the challenges of contemporary information societies.
Do they believe that secrecy, confidentiality and, most importantly, privacy, must be sacrificed for national security? Bruce Schneier, security technologist said before,"There is no security without privacy. And liberty requires both security and privacy."

Update:
I have more information about "300 GB of storage space" from my sources i.e. NETRA is a hardware device, and will be installed at ISP (Internet service provider) level on more than 1000 locations. Each location will be called as "Node", with 300GB of storage space. So, there are 1000 nodes x 300GB = 300,000GB of total space is initially decided to set up.