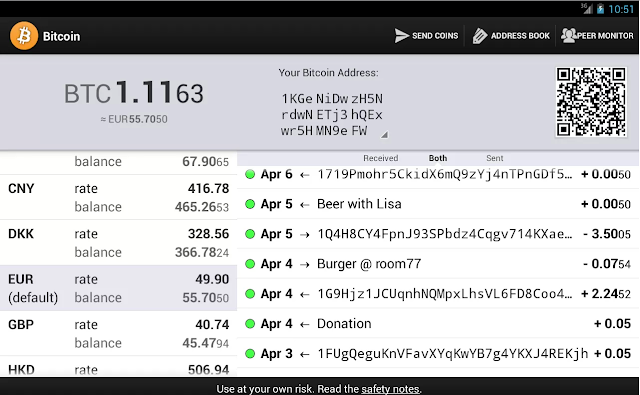 A critical vulnerability in the Android implementation of the Java SecureRandom random number generator was discovered, that leaves Bitcoin digital wallets on the mobile platform vulnerable to theft.

Before the announcement was made, users on the forums had noticed over 55 BTC were stolen a few hours after the client improperly signed a transaction using the compromised random number generator.

Bitcoin is a virtual currency that makes use of cryptography to create and transfer bitcoins. Users make use of digital wallets to store bitcoin addresses from which bitcoins are received or sent.

Bitcoin uses public-key cryptography so that each address is associated with a pair of mathematically linked public and private keys that are held in the wallet.

Because the problem is rooted in the operating system, every Bitcoin digital wallet generated by an Android app is affected by the weakness, including Bitcoin Wallet, blockchain.info wallet, Bitcoin Spinner, and Mycelium Wallet.

The developers have recommended that users generate a new address with a repaired random number generator and then send all the money in the wallet back to themselves. If you use an Android wallet then we strongly recommend you to upgrade to the latest version available in the Play Store as soon as one becomes available.

The virtual currency that can be transferred worldwide using peer-to-peer software is forcing bids to regulate it, including in the U.S. The Financial Crimes Enforcement Network of the U.S Department of the Treasury.