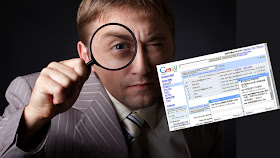 According to the Constitution of all countries, capturing and reading emails or text messages without privileges is illegal. Several Asian and European countries is worried about the US spying.

Today a Germany's top security official has warned, "If you are worried about the US spying on you, you need to stop using Google and Facebook." Internet users who fear their data is being intercepted by U.S. intelligence agencies such as the National Security Agency's should stay away from American websites run through American servers, Interior Minister Hans-Peter Friedrich said.

"If these reports are true, it's disgusting. The United States would be better off monitoring its secret services rather than its allies." Head of the European Parliament Martin Schultz said, "On behalf of the European Parliament, I demand full clarification and require further information speedily from the US authorities with regard to these allegations."
Meanwhile, Snowden is now running out of countries that will take him in a growing list have either denied his request for asylum or insisted that he make an application on their soil.