May 27, 2013Wang Wei
Researchers at the Technion-Israel Institute of Technology in Haifa have created an advanced biological computer using only bio molecules such as DNA and enzymes.

There's no traditional CPU or hard drive powering the bio-computer, no hardware or software, nor is there any tangible interface to the system.

The computing devices having ability to interact directly with biological systems and even living organisms. No interface is required since all components of molecular computers, including hardware, software, input and output, are molecules that interact in solution along a cascade of programmable chemical events. 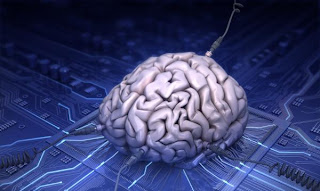 Researchers believe that a sufficiently advanced biological computer could have the computational power of a universal Turing machine, able to simulate other computers. This would allow for simple customization of such processors.

In addition to enhanced computation power, this DNA based transducer offers multiple benefits, including the ability to read and transform genetic information, miniaturization to the molecular scale, and the aptitude to produce computational results that interact directly with living organisms.

"All biological systems, and even entire living organisms, are natural molecular computers. Every one of us is a bio-molecular computer, that is, a machine in which all components are molecules "talking" to one another in a logical manner. The hardware and software are complex biological molecules that activate one another to carry out some predetermined chemical tasks. The input is a molecule that undergoes specific, programmed changes, following a specific set of rules (software) and the output of this chemical computation process is another well defined molecule." says Prof. Keinan.