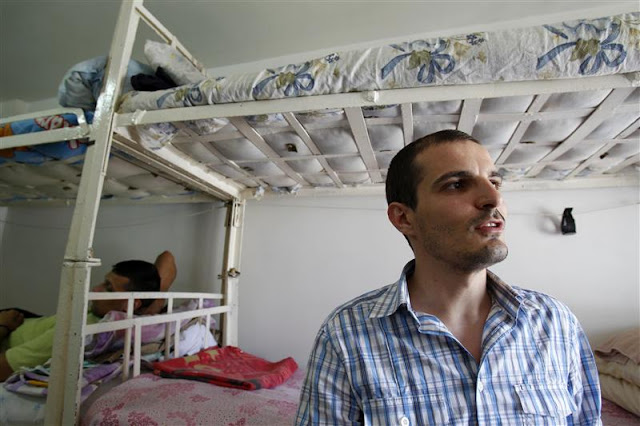 A Romanian man serving a five-year jail sentence in Romania for his involvement in an ATM skimming scheme, has developed a device designed to protect ATMs from such attacks.
33-year-old Valentin Boanta who is being detained in a prison from Vaslui, Romania, after he was convicted on charges of bank card fraud in 2009, developed what he calls the SRS (Secure Revolving System) which changes the way ATM machines read bank cards to prevent the operation of skimming devices that criminals hide inside ATMs.
"When I got caught I became happy. This liberation opened the way to working for the good side," Boanta said.
"Crime was like a drug for me. After I was caught, I was happy I escaped from this adrenaline addiction," Boanta said. Boanta began working on SRS during his trial. SRS, Boanta says, can be installed into any ATM.
ATM skimmers work by installing a second, concealed card reader over the one that's built into the ATM. When an unsuspecting bank customer inserts a card into the slot, the card's magnetic stripe first runs past the read head of the skimmer, allowing it to copy all of the card's data. The transaction then proceeds as normal and the ATM returns the card to the customer, who is none the wiser.
"I've seen many different ATMs, they have ageing designs so they are prone to vulnerability, they are a very weak side of the banking industry," said Boanta in a workshop. "Every ATM can be penetrated through a skimming crime. My security solution, SRS, makes an ATM unbreachable."

Romania has a deep well of technical expertise stemming from the time of communist dictator Nicolae Ceausescu, who backed computer research and technical education. Romanian hackers stole about $1 billion from U.S. accounts in 2012, according to the U.S. embassy in Bucharest.