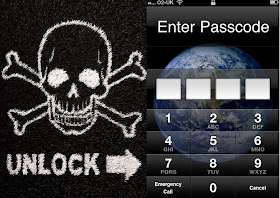 After a series of security issues, it appears that Apple still has not been able to resolve all the issue in iOS. Last week, Apple rolled out its iOS 6.1.2 update to owners of the iPhone, iPad and iPod touch in an effort to fixing the 3G connectivity and an Exchange calendar bugs.

Hackers found an iOS 6 bug two weeks ago that allowed thieves into your phone, but only the Phone app and the features contained within could be accessed. Just after that, recently another screen lock bypass vulnerability reported in iOS 6.1 by Vulnerability Lab.

This vulnerability allows users to bypass the lock screen pass code and access the phones photos and contacts. Researchers say the vulnerable device can be plugged into a computer via USB and access data like voice mails, pictures, contacts, etc.

This particular vulnerability was shared in detail over in a YouTube video for the masses, you can see the video tutorial as shown below:


Note : There is a limitation in this method also, that is actually not mentioned by hackers. The file system of iOS is in encrypted form. So, when your pass code protected iPhone is connected to a new computer, it must first be unlocked before it can be accessed by the computer. Smooth way connectivity is only possible only if the computer used to gain access to your file system has been successfully connected to your iPhone before.

It's not clear if the company is aware of this second flaw or if a fix for it is also inbound.