Feb 11, 2013Mohit Kumar
One week after launching a Bug bounty program by the Kim Dotcom's new file-storage and sharing service MEGA claims to have fixed seven vulnerabilities. Although Mega hasn't shared how much money and to whom it paid out in the first week. But as promised, it is clear that MEGA paid out thousands of dollars in bug bounties during the first week of its security program.

Seven qualified bug details are as shown below: 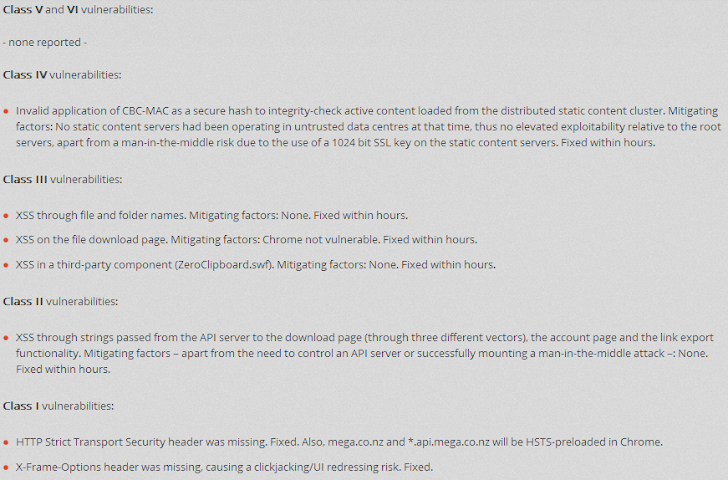 But the previous challenge to brute force the password from the confirmation link sent at sign up, or decrypt one of its hosted files, has remained unbroken.
"We believe that it would be premature to draw any conclusions at this time barely three weeks after our launch and one week into the program. It is clear that the vulnerabilities identified so far could all be found by checking only a few lines of code at a time; none of them required any analysis at a higher level of abstraction." Mega Blog post said.