Will everyone Please get the Facts Right - FREE ASSANGE NOW!

Sep 08, 2012Mohit Kumar
Julian Assange's mother, Christine Assange has done an excellent job of compiling the facts surrounding the issue of Julian's extradition case. Please, everyone share this, copy it, email it and send it to your elected officials and congressional representatives. The truth is what will set Julian Assange free and he must be freed immediately. 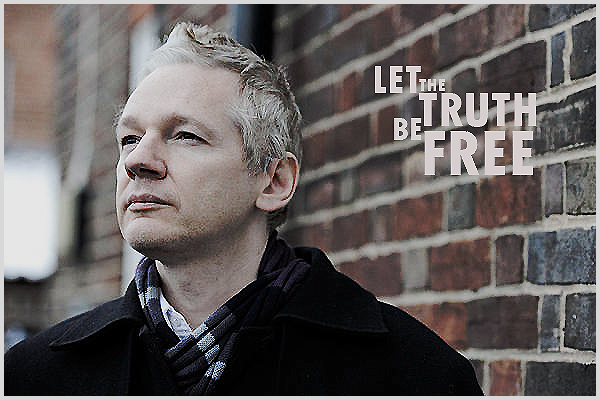 Assange Extradition Fact Sheet
1) Julian Assange is not charged with anything in Sweden or any other country. [Source: @wikileaks]
2) Julian Assange did not flee Sweden to avoid questioning. He was given permission to leave the country on the 15th September 2010, after remaining 5 weeks in Sweden for the purpose of answering the allegations made against him. [Source: Undue delay for Julian Assange's interrogation]
3) The case against Julian Assange was initially dropped, and deemed so weak it could not warrant investigation. After the intervention of a Swedish politician close to American diplomats, it was revived by a different prosecutor. [Source: Why is Julian Assange in jail?]
4) In all instances, the 2 plaintiffs consented to sexual intercourse, which they did not take the initiative to stop: they never expressed non-consent and afterwards declared to not have felt threatened by Julian Assange. [Sources: Swedish Police Report and The offences described in the EAW are not extradition offences]
5) A condom submitted as evidence by complainant AA, who claimed it had been deliberately torn by Julian Assange during sexual intercourse, contains no chromosomal DNA from either the complainant or Julian. [Source: Overlooked evidence in the Assange trial]
6) Text messages exchanged between complainants and their friends contradict the factual allegations in the European Arrest Warrant (EAW) issued for Julian Assange and cast doubt on the allegations. [Source: Brief to Canberra Meeting of MPs]
7) After the date of the alleged sexual misconduct: a) Complainant AA created then deleted evidence (tweets) indicating she was enjoying Julian Assange's company; b) AA went as far as suggesting one of her friends (Witness C) should be intimate with Julian as well. [Sources: AA: The Twitter Trail, GöranRudling Witness Statement and Police Statement of Witness C]
8) The law firm hired in the Assange investigation is ran by ClaesBorgström (politician and legal representative for both plaintiffs) and by former minister Thomas Bodström. Both are members of the Social Democrat Party in Sweden. Bodström is a friend of police interrogator IrmeliKrans, who interrogated complainant SW.[Source: IrmeliKrans: The Facebook Trail]

9) Police interrogator IrmeliKrans is, in turn, friends with the other plaintiff, complainant AA, with whom she has political ties (Social Democrat Party). Krans also breached protocol by commenting negatively about Julian Assange on social media. [Source: IrmeliKrans: The Facebook Trail]
10) Swedish prosecutor, Marianne Ny, refused to provide Julian Assange or his lawyers with information on the allegations against him in writing. This violates the Swedish Code of Procedure (RB 23:18) and the European Convention of Human Rights (article 5), and the EU Fundamental Charter on Human Rights.
Prosecution also refused all voluntary offers for cooperation that fit under Mutual Legal Assistance protocol, such as making use of alternative methods to interview Julian Assange. [Sources: Fair Trial for Julian Assange? and Abuse of Process: Disproportionate use of EAW and INTERPOL Red Notice]
11) Both the EAW and the Interpol red notice were issued for Julian by Sweden just before WikiLeaks began to publish Cablegate. [Source: Brief to Canberra Meeting of MPs]
12) The allegations against Julian Assange do not constitute an offense in Australia or in the UK. [Source: The offences described in the EAW are not extradition offences]
13) If extradited to Sweden: still without charge, Julian Assange would be held incommunicado and placed under solitary confinement. Pre-trial detention would last for an indefinite period. Trial in Sweden would be held in secret. [Source: Fair Trial for Julian Assange?]
14) The Swedish legal system features lay judges who are appointed because of their political affiliations. They have no formal legal training. [Source: Lay Judges]
15) Sweden has the highest per capita rate of cases brought to the European Court of Human Rights relating to article 6.1 (right to a fair trial).
This list of 15 facts is mostly based on information originally put together by Christine Assange (twitter account:@AssangeC), and it covers crucial aspects about irregularities and political interest in Sweden's extradition case against Julian Assange. These important details are often ignored or misrepresented by the media.
Written by : Ann Smith is executive editor of The Hacker News. You can reach her at Facebook Profile or Twitter.