Sep 08, 2012Mohit Kumar
Last month, those assholes in the California State Assembly passed a resolution urging state educational institutions to more aggressively crack down on criticism of the State of Israel on campuses, which the resolution defines as "anti-Semitism." The anti-democratic resolution is the latest step in the broader campaign to stifle and suppress dissent on California's increasingly volatile campuses.
Get this, it passed without public discussion. The vote on the resolution came when most students were between semesters and away from their campuses.
The resolution uses the classic trick employed by defenders of Israel's Zionist regime: lumping together any criticism of the Israeli state's policies or of the US government's support for them with racist attacks on Jews. The bulk of the resolution is dedicated to defining criticism of the state of Israel as "anti-Semitism."
It lists the following as examples of "anti-Semitism":
• "language or behavior [that] demonizes and delegitimizes Israel;"
• "speakers, films, and exhibits" that indicate that "Israel is guilty of heinous crimes against humanity such as ethnic cleansing and genocide;"
• describing Israel as a "racist" or "apartheid" state;
• "student-and faculty-sponsored boycott, divestment, and sanction campaigns against Israel;"
• "denying the Jewish people their right to self-determination;"
• "applying double standards by requiring of Israel a behavior not expected or demanded of any other democratic nation;" and
• "actions of student groups that encourage support for terrorist organizations such as Hamas and Hezbollah."
This list makes clear that the accusations of anti-Semitism are a red herring, employed to attack students and our first amendment rights. 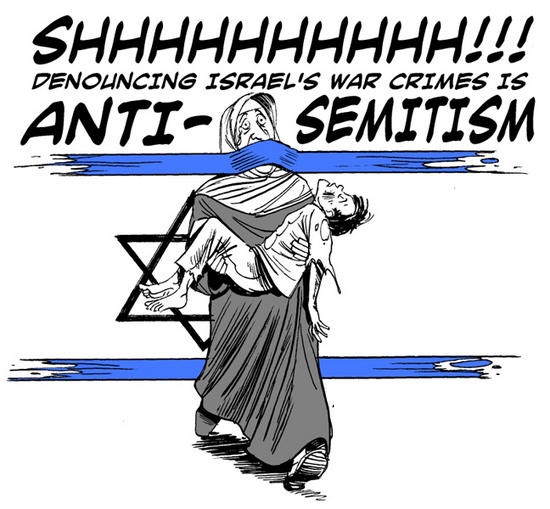 Listen up people. This is the beginning of the end of your freedom of speech rights.
In essence, this is not about Israel……it is about the slow process of taking away your right to think, to speak, to have an opinion, to disagree, and to express yourself. You should be as upset with this disgraceful act by the California Assembly as you were about CISPA or ACTA. It is doing the same thing to you. Fucking you over.
First, read the article, if you can stomach it. https://www.globalresearch.ca/california-passes-resolution-defining-criticism-of-israel-as-anti-semitism/
Secondly, go to the California Assembly web page and write those idiots…..https://assembly.ca.gov/
If we do not speak up now, you will, I promise, wake up one day and be completely suppressed in speech and action.
After all, We are Anonymous, We are Legion, We do not forgive, We do not forget, Expect Us. And, I mean it!!
Written by : Ann Smith, executive editor of The Hacker News you can reach her at Facebook.