Sep 19, 2012Mohit Kumar
Bank of America's website experienced periodic outages Tuesday due to cyber attacks launched in retaliation for "Innocence of Muslims," the amateurish film whose mocking portrait of the Prophet Muhammad has incited deadly riots throughout the Middle East.

"Cyber fighters of Izz ad-din Al qassam" said it would attack the Bank of America and the New York Stock Exchange as a "first step" in a campaign against properties of "American-Zionist Capitalists." 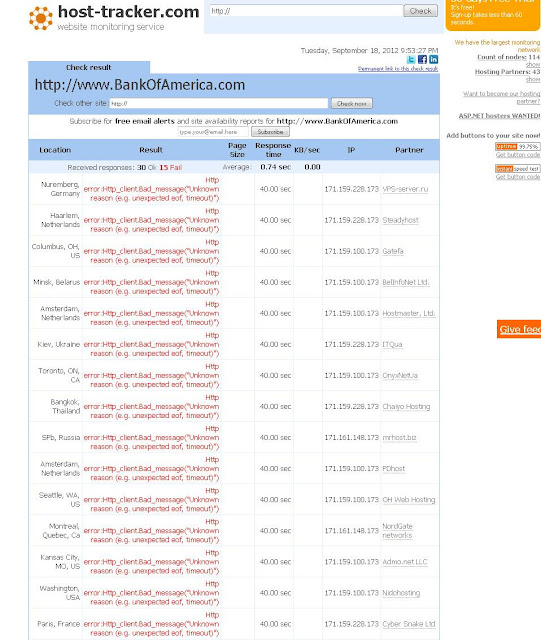 "After Successful attack to YouTube Servers in recent days made by Muslims around the world, many groups announce that they are ready to do similar attacks.When supporter of that sacrilegious movie try to punish the cast and crew, the publisher included, this story will end until that time these kinds of Cyber Attacks will be continued and the Cyber world will be an unsafe place for all of Enemies of Islam." Hackers posted on their blog.

People around the country reported on social media that they had problems accessing the site around midday and continuing into the evening. Some reported not being able to log in to online banking for hours.
"We are working to ensure full availability," Mark Pipitone, a bank spokesman told. Asked whether the bank was the target of a cyberattack, Pipitone said, "I can assure you we continuously take proactive measures to secure our systems."
The U.S. government has denounced the film repeatedly since a riot in Libya last week killed the U.S. ambassador to the country and three other Americans.