One Man Fights for 7 Billion People, One Mother Battles to Wake Them Up 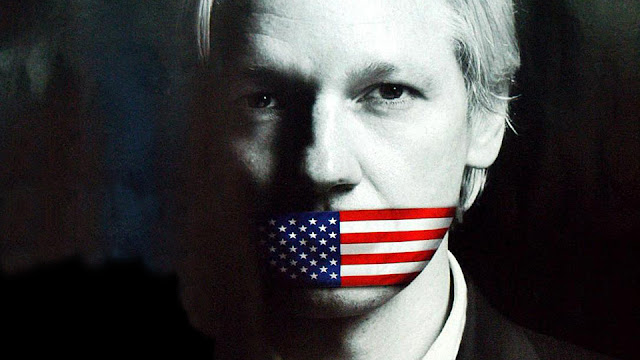 The Truth About Julian Assange And Wikileaks
By: Ann Smith, Executive Editor The Hacker News
Last night I had the privilege of speaking to Christine Assange, the mother of Julian Assange who has been a reluctant hostage of a global political war among the United States, the UK, and Sweden and of all places Ecuador.
Christine was very informative and thorough in explaining the history and current events regarding the heinous manner in which her son has been treated for supporting one of the most sacred rights of man this being right to have and freely provide access to truthful information. Still, facts and information do not cover the love and concern a mother feels for her child. As a mother myself, I felt Christine's immense and intense worry for her son's safety and his life. As a citizen of the world who carries many of the same concerns we all do of political strife, injustice, world war, poverty, and economic failure, she is above all a mother.


I respect Christine Assange for her courage and her unfailing efforts to get the truth out regarding her son and I admire her for reaching out to every single means of possible help. Mostly, I empathize with her as a mother and understand how as a parent we share on a very deep level our children's joys, their successes, the disappointment of their failures and the hurt of their pain.


I want to share and summarize what I learned from Christine. So, today I am speaking to you, the great warriors of internet justice, princes and princess for global peace, fighters of the environmental strife afflicting the world, and spiritual leaders praying for a more just world. The one million plus subscribers of The Hacker News and anyone else lucky enough to know that it is an inherent right of every human being to know the facts and the truth of their world.
I am asking you to take a few moments and read this article, not only to understand and then communicate the truth around the issue of Wikileaks and Julian Assange, but to share in the experience I had with Christine Assange when she brought me to understanding that the issue of her son is not about politics or process but of the one thing that binds all of us together and without it, all of our causes fail this being the right of the people to know the truth.
As she spoke of Wikileaks and information being available to the public, it became clear to me that everything we do in life, everything that we aspire towards and everything that we fight for, be it the environment, the issue of war, corruption in government, world hunger, spiritual awakening, economic balance, all tie to one word. Truth. Without the truth about the misuse of our environment, without the truth about corruption and greed, without the truth about why people suffer from hunger, without the truth about what to pray for, we are doomed.
This made me think about how truth drives us. The knowledge of the real facts around our causes is what motivates us to take action and not be complicit with wrongdoers in our everyday living. Truth forms the web of living and without it we will continue to spiral towards global destruction and oppression.
Christine talked about how very important it is to fully understand what this is all about. She is very clear that people must first educate themselves on what the facts are surrounding the persecution of Julian Assange, why this has happened, and who is behind it.


To best convey the facts surrounding the sexual allegations from Sweden and our discussion I am providing here the content of Christine's open letter to the Australian people on this issue.


"After the Afghan War Diary release 25/7/10 Julian visited Sweden to obtain residency and base WikiLeaks there because of the good whistle-blowing laws. The US was aware of more WikiLeaks releases to come and wrote threatening letters. Julian was warned of entrapment plans.

Woman A.A. invited Julian to speak in Sweden at a seminar about Afghanistan in mid-August 2010. Woman S.W. stated she went to the seminar to meet Julian. Both women have stated to the police and media that sex was consensual and non-violent. Exculpatory evidence (texts to friends) show women had no complaints regarding sex until finding out about each other and 100+ texts between A.A. and S.W. speak of revenge, making money and ruining Julian's reputation by going to the press.


Woman S.W. was so upset police were going to allege rape she does not finish her interview or sign her witness statement, which was then altered again without her consent. She stated she felt railroaded into making a complaint.


In Sweden, consensual non-violent sex can be legally defined as rape.
Contrary to Swedish police procedure the women's interviews were not video or audio taped and the first prosecutor, Maria Häljebo-Kjellstrand, unlawfully told the press Julian was wanted for rape. Julian was not interviewed or informed - he found out in the tabloid newspaper Expressen that he was "being hunted down for double rape". Within hours, there were millions of website hits for Assange plus rape, causing irreparable harm to Julian's reputation.


The next day after reviewing the file, Stockholm's chief prosecutor Eva Finné threw out the rape allegation. "I consider there are no grounds for suspecting he has committed rape," she said.


Sweden has close ties to the US and was the major arms supplier to the US-Iraq War.
Around a week after the dropping of the rape allegation by the chief prosecutor, a politician/lawyer named Claes Borgström appealed the decision. Claes Borgström and his business partner Thomas Bodström run a thriving legal practice based on representing claimants in sex cases.


Woman A.A., Irmeli Krans (interrogating police officer of woman SW) and both Borgström and Bodström are members of the Swedish Social Democrat Party. They all stood together for elections at the same time, one month after the sex allegations were made against Julian, with one of the platforms being widening the definition of rape within consensual sex.


Woman A.A. produced new evidence for the appeal. She submitted a condom which she states Julian tore deliberately. Forensic tests showed there was no DNA evidence in the condom from either Julian or herself. Julian was not informed of the appeal and had no chance to make a submission. The appeal was successful.


During October and November Julian stayed at the journalist's club in the UK preparing for the release of the US diplomatic cables (Cablegate). During this period, he offered to be interviewed by Marianne Ny via the normal protocol for this situation called Mutual Legal Assistance (MLA) (via Skype, phone or videolink). Marianne Ny refused all offers.


Around the time of the release of Cablegate in late November, Marianne Ny issued a European Arrest Warrant (EAW) for questioning, stating that Julian had fled the country, and a public Interpol Red Notice for his arrest.


For the entire 16 months that Julian has been under house arrest in the UK, Marianne Ny has refused all his offers to be interviewed at the Swedish Embassy or in Scotland Yard. Marianne Ny has misled the Swedish and UK public by stating that she was legally not allowed to interview Julian by mutual legal assistance or in the UK. Sweden is a signatory to MLA.


Many legal people investigating the case are of the opinion that the Swedish extradition case is not bona fide but merely a holding case awaiting a US extradition."

You may be feeling the same concern and fear I have and it is important to note what will happen if Julian goes to Sweden. As Christine states, "There is no bail in Sweden for foreigners and he will be held in indefinite detention in a Swedish remand prison incommunicado except to Swedish lawyers and in solitary confinement.


If and when the case proceeds to trial he will be tried in secret (no media or observers) by four judges. Three of the four judges will be "lay" judges, that is, they have no legal training and are appointed by political parties.
The other alternative is that the US will immediately unseal its Grand Jury indictment against Julian and from any point that he arrives in Sweden he could be extradited to the US. Many people falsely believe that the UK would have to sign off on an onward extradition to the US. This is true, if it is by way of a normal European extradition. However, under a separate US/Swedish Bilateral Treaty, Julian can be legally rendered to the US via a component of that treaty called the Temporary Surrender Regime. This is a secret, fast-track, no-test rendition."
After listening and comprehending what Mrs. Assange was saying, I want you to pull your chairs close and listen carefully to what I am about to say. Read the attached documents of the facts on this matter but know this: you are being duped and lied to for one reason to keep you from the truth. The United States and other countries do not want you to know their roles in driving issues of war, famine, economic collapse, environmental deterioration and other facts affecting your health and your welfare. It is as simple as that. A government wrought with corruption and no moral compass will do anything to shoot the messenger of news that will expose their fraud and deception.


For all of Julian Assange's efforts to bring truth and information to the world he now sits alone in the Ecuadorian Embassy in the UK after requesting asylum based on the well-founded fear of persecution, torture or death in the United States in connection with the publication of truthful information of matters of interest to the public.


Although I will give you a plethora of ways you can help, I believe that the single most important step you can take now is to submit to the President of Ecuador, Rafael Correa, an email or letter stating that he must become the hero to all the people of the world by showing governments and corporations that telling the truth by releasing factual information on issues affecting all of us is the single most important act of his career. He has an opportunity to show the world that truth and justice can prevail in a fragile and tempestuous world.


Julian Assange is a lone voice against ominous and uber-powerful forces speaking for YOU! He cannot do it alone.