Hack a Server - The man behind the idea 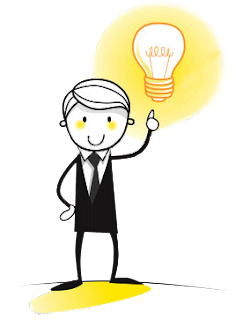 "Choose a job you love, and you will never have to work a day in your life" said Confucius. These would be the words that describe Marius Corîci the most. In 2003 he started doing business in the plumbing industry and co-founded ITS Group, a franchise for Romstal Company, the biggest plumbing installations retailer from South-Eastern Europe. In 2007 he moved into Artificial Intelligence field and founded Intelligentics, a group for Natural Language Processing. Now, he is very focused on infosec and got involved in all the biggest independent security projects in Romania: S3ntinel, Hack Me If You Can, Hack a Server and DefCamp.
Marius considers himself a serial entrepreneur and is very passionate about Artificial Intelligence. Never a quitter, always a perfectionist, looking for challenges that will change the world we live in. He believes in people and the power of great teams, and he intends to start blogging in the near future.
What determined you to shift your attention towards software development industry?
Besides the great opportunities, I am a guy who loves challenges. I started to like developing digital products and I belive that the online industry will increase growth in the near future.
Hacking Servers

What is Hack a Server?
HaS (Hack a Server) is a platform designed for conducting manual penetration tests using the power of crowdsourcing, covered by anonymity and confidentiality.
It's a fact that communities and individuals who love to discover and test security issues already exist. Whether they are called black, grey or white hackers, crackers, skiddies, PenTesters you name it, they love to find flaws and vulnerabilities. They love challenges and every flaw or vulnerability represents a challenge for them. This is the truth.
When your system or production server gets hacked in real life, peaceful intentions are the least to expect. Trust me, we've been there having our platform "tested" and tested. Thanks God we don't keep any sensitive data about our users on the platform.