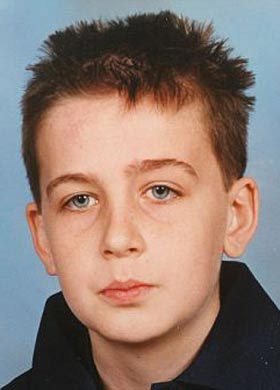 A 20-year-old Briton suspected of links to the hacking group Lulz Security is accused of cracking into websites for a Fox reality TV show, a venerable news show and other sites to deface them or steal personal information, federal prosecutors said Wednesday.
Ryan Cleary, 20, reportedly had ties to the well-known branch of Anonymous called LulzSec before he was arrested in London last June (although the hacktivist group denies his involvement with it). U.S. federal prosecutors said today that he worked to take down, deface, and steal personal information from Web sites.
In a separate and similar case filed against Cleary in the United Kingdom in 2011, he faces allegations that he and others hacked a law enforcement agency, the Serious Organized Crime Agency, and various British music sites - all while he was still a teenager.
Commenting on Tuesday's indictment, FBI spokesperson Laura Eimiller said, "Cleary is a skilled hacker. He controlled his own botnet, employed sophisticated methods and his broad geographic scope affected a large number of businesses and individuals."Those businesses included Sony Pictures Entertainment, Fox Entertainment and the Public Broadcasting Service.

The attacks, carried out between April and June last year, made international headlines as global companies began to wonder if they would be next to suffer at the hands of LulzSec, an off-shoot of the larger Anonymous hacking group.
Cleary is charged with one count of conspiracy and two counts of unauthorized impairment of a protected computer. He faces a maximum sentence of 25 years in prison if convicted.
In September 2011, the FBI arrested LulzSec member Cody Kretsinger, a 24-year-old Phoenix citizen. He pleaded guilty to participating in an attack on Sony Pictures' website, stealing personal information from registered users of the site and, according to Sony, causing over $500,000 of damage in the process.