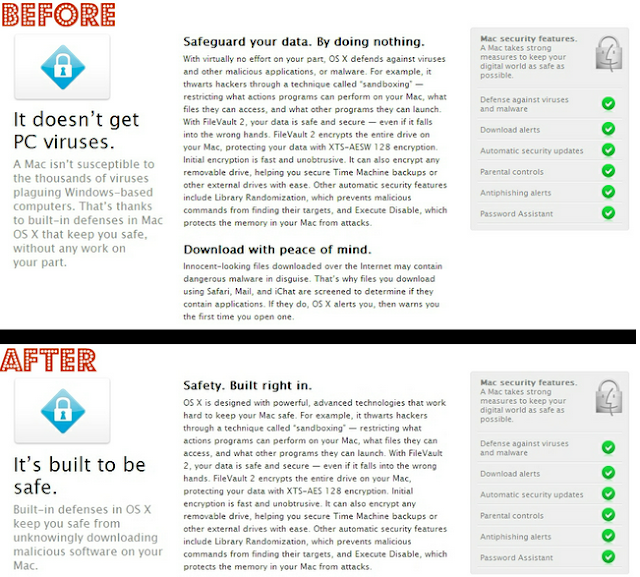 Apple has quietly removed a statement from its website that the Mac operating system isn't susceptible to viruses. Apple released a patch to a Java vulnerability that lead to the infection of roughly 600,000 Macs with the Flashback Trojan earlier this year, there were claims weeks later from security researchers that hundreds of thousands of Macs were still infected.

Apple is one of the single software companies that hasn't really faced the problem of viruses, for years claiming their operating system is the most secure among all.
The specific language about the operating system, "It doesn't get PC viruses" was replaced with "It's built to be safe." But now, Apple may be taking security threats more seriously.
Apple is introducing a new app security measure called Gatekeeper in the upcoming release of Mountain Lion, the latest version of Mac OS X. The majority of malware might still be floating around in the Windows world, but it's still important to remember that no OS is bulletproof once people start shooting at it. You can never be too careful.