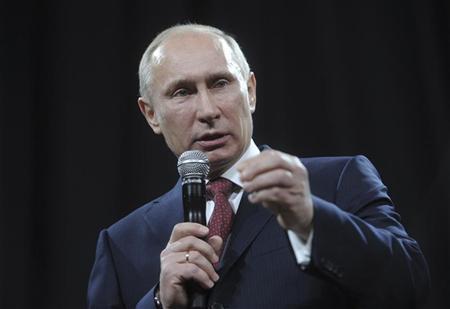 Anonymous hackers to launch cyber attacks on the websites of the Russian state agencies to support the opposition. In a YouTube video , Hackers said that the Russian government website will be subjected to DDOS attack on May 6, and on May 7 the same will happen with the prime minister's site. "Join us! All it takes is a few simple actions to bring this rotten and corrupt system to its logical end."

The hackers then posted instructions for everyone who would like to participate in attacks. Putin convincingly won a six-year presidential term in March despite a wave of protests following a December parliamentary poll the opposition said was tarnished by large-scale voting fraud in support of his party.

It said it would launch attacks on the Russian government website Government.ru at 1200 GMT on May 6 and on the prime minister's website Premier.gov.ru on May 7 at 0900 GMT. Anonymous demanded that the authorities were more resolute in the fight against corruption and opposed the moves restricting the freedom of expression on the internet. Moscow has called for a globally binding UN treaty on cyber security to crack down on web crime.