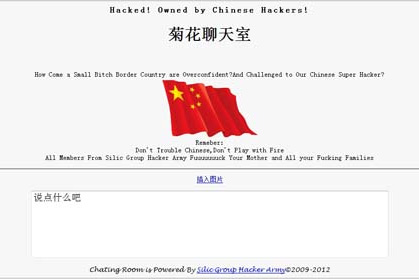 Hackers continued to attack the Philippine government's online presence, with at least one agency on Thursday reporting a denial-of-service attack the night before.
The official website of the Department of Budget and Management (DBM) yesterday became the latest victim of a cyber attack by suspected Chinese hackers.The DBM website was defaced at around 2 pm Wednesday and will remain offline until the repairs are complete, according to Budget Secretary Florencio Abad.
In a press statement, Abad said the DBM's official website, www.dbm.gov.ph, is currently undergoing a security audit and "may be inaccessible until critical issues are resolved."
The hackers placed a Chinese flag on the DBM website along with a caption announcing it was "Hacked! Owned by Chinese Hackers?!"
The webpage also contained a message: "How come a small bitch border country are overconfident? And Challenged to Our Chinese Super Hacker?" A warning was also displayed: "Don't Trouble Chinese, Don't Play with Fire."
The message indicated that those who defaced the DBM website are the same ones who attacked the Vietnamese government's website, gov.vn.
The cyberattacks on Filipino websites began last Sunday when the website of the University of the Philippines was taken down. The hackers claimed that they took down UP's website as an expression of displeasure over Manila's claim that it owns the Scarborough (Panatag) Shoal. In retaliation, groups who identified themselves as Filipino hackers also launched an attack on a number Chinese websites.
The Department of Foreign Affairs has condemned the series of cyberattacks on both Chinese and Filipino websites, saying these attacks would only worsen the tension between Manila and Beijing.
In reaction, Filipino hackers launched a series of attacks on Chinese websites starting Monday. In an operation dubbed "#OpChinaDown," Filipinos attacked the following websites:
https://www.ocex.com.cn
https://www.teawindow.com
https://www.higvod.cn
https://www.lzrk.gov.cn
https://lppm.bigc.edu.cn/Pr1vX.htm
https://xxb.leiyang.gov.cn/Pr1vX.htm
https://en.founder.com.cn
https://dxswl.cn
https://www.cord.cn
https://fmprc.gov.cn
https://www.3322.net.cn
https://wahsangtech.com/index.aspx
The attacks came as the Palace pleaded to both Filipinos and Chinese to stop attacking each other in cyber space in light of the two countries' current conflict over Panatag Shoal