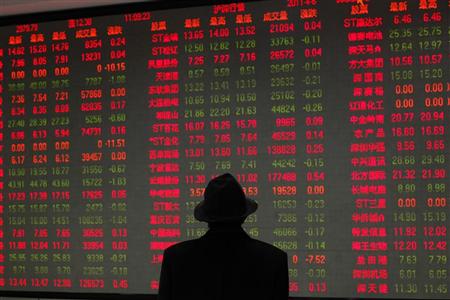 A recently leaked memo reveals that American and Canadian based company's Apple, Research in Motion and Nokia may have helped the government of India spy on U.S. agencies in order to receive larger shares of the overall Indian cell phone market.

The US-China Economic and Security Review Commission (USCC) has asked for an investigation after hackers posted. "We are aware of these reports and have contacted relevant authorities to investigate the matter," said USCC spokesman Jonathan Weston on Monday. "We are unable to make further comments at this time," he added.
The document's authenticity could not be independently verified. But the U.S.-China commission is not denying the authenticity of the emails.Officials in India could not be reached for comment on the document's content or authenticity. One India-based website quoted an unnamed army representative as denying that India used mobile companies to spy on the commission and calling the documents forged.The purported memo says that India cut a technological agreement - the details are not clear - with mobile phone manufacturers "in exchange for the Indian market presence." It cites three: Research in Motion (RIM.TO), maker of the BlackBerry; Nokia (NOK1V.HE); and Apple (APPL.O).

The documents also appear to show that Indian intelligence agencies were particularly eager to spy on the United States-China Economic and Security Review Commission. Established by the US Congress in 2000, the Commission is tasked with researching and reporting on the national security implications of bilateral trade between the US and China. Allegedly, the cellular telephone makers provided Indian intelligence agencies with backdoor access to personal phones used by Commission members. These back doors allegedly allowed the Indian Military Intelligence Directorate and India's Central Bureau of Investigation to spy on Commission members beginning in April of 2011.
In the meantime representatives from all three tech company's have denied their involvement in any type of backdoor access program for their mobile devices. Apple and RIM have denied providing the Indian government with backdoor access to customers' data, after the release of a memo that appears to suggest that they and Nokia did a deal in exchange for access to the Indian smartphone market.
Other intelligence agencies may be involved in warrantless surveillance of mobile telephone and Internet communications as well. The Electronic Frontier Foundation filed a lawsuit in late October alleging that the PATRIOT Act has "secret interpretations" that allow government agencies to conduct dragnets of e-traffic. Under these interpretations, it seems that large numbers of Americans both individuals and businesses can be targeted for surveillance if the FBI has determined they are "relevant to a government investigation." as said by FastCompany.
India has a longstanding border dispute with China, and the two countries went to war in 1962. The emails cited in the memo as evidence of the successful interception included mails from USCC executive director Michael Danis, and member Larry Wortzel. Many of the previous hacks have been blamed on China. In this case, it is unclear whether India might have been eavesdropping on the U.S.-China commission for itself or sought to pass any information collected to authorities in China.