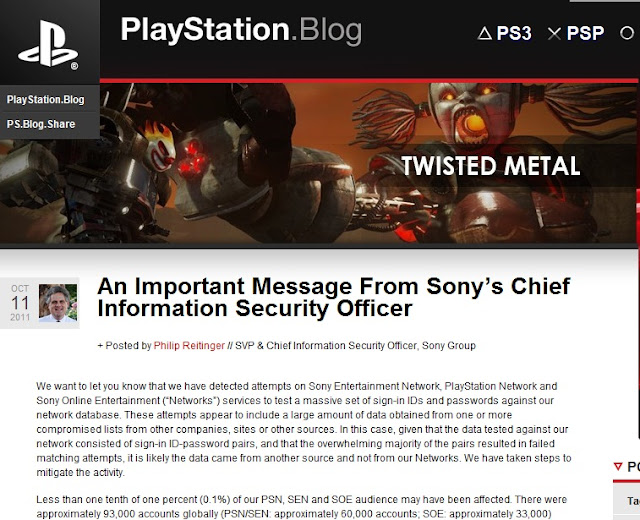 The attack took place between October 7 and 10 and succeeded in matching valid sign-in IDs. According to a blog post by Philip Reitinger, Sony's Chief Information Security Officer, credit card details were not compromised.
Both the motive for the latest attack against Sony network users and the identity of the perpetrator(s) remains unclear. Sony shut down its PlayStation Network in April in the aftermath of a far more damaging hack attack. The service wasn't restored until a month later. Personal information on 77 million account-holders was exposed as a result of the April PlayStation hack. Details including names, addresses, passwords and purchase histories was exposed by the megahack.