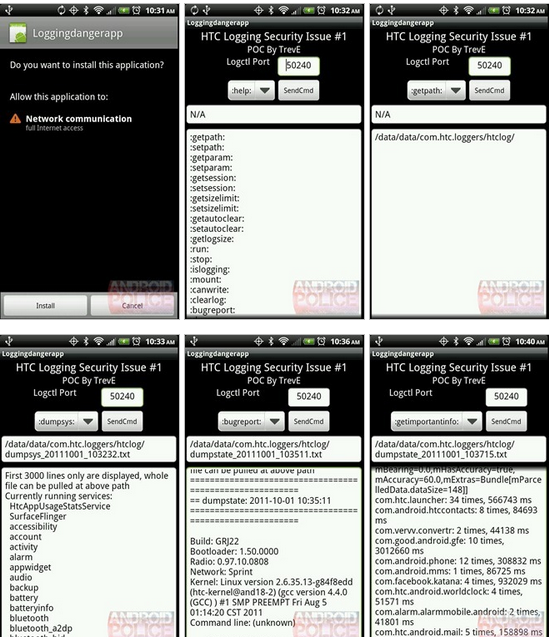 If you are running a HTC Android smartphone with the latest updates applied, chances are your personal data is freely accessible to any app you have given network access to in the form of full Internet permissions.This vulnerability isn't a backdoor or some inherent flaw in Android, it is instead HTC failing to lock down its data sharing policies used in the Tell HTC software users have to allow or disallow on their phone. The problem being, not only is your data vulnerable when Tell HTC is turned on, it's just as vulnerable when it is turned off.

In brief, any app on affected devices that requests a single android.permission.INTERNET (which is normal for any app that connects to the web or shows ads) can get its hands on:
But that's not all. After looking at the huge amount of data (the log file was 3.5MB on my EVO 3D) that is vulnerable to apps exploiting this vulnerability all day, I found the following is also exposed:
Quite simply put these are HUGE vulnerabilities that people need to be aware of. This problem is only effecting stock roms so if you are rooted you have no cause for alarm.