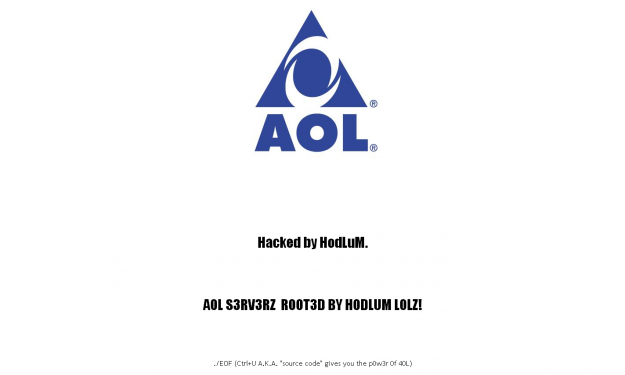 AOL'spostmaster.aol.com website was hacked Saturday afternoon by someone who goes by the name "HodLuM." The site was slightly defaced with a message from the hacker. "AOL S3RV3RZ ROOT3D BY HODLUM LOLZ!," the message read.

AOL finally discovered the hack, and fixed the page between two and four hours after evidence of the breach was posted to Reddit.com. The various forums where this hack was posted all included various jokes along the lines of, "AOL still exists?!" Ouch…

The AOL Postermaster blog has so far not responded to the hack. The hack of AOL Postmaster comes at the end of a difficult week for AOL. While the hack of a minor AOL web property has nothing to do with the poor performance of its stock, the incident can only serve to worsen the mood at a company that's struggling to stay upright.