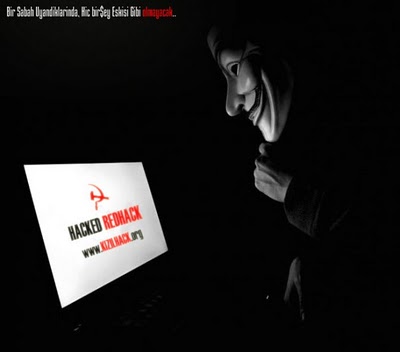 RedHack Hackers Group deface more than 1000 websites today. The complete list of hacked sites are here . The hack is done in support of Anonymous and Operation Antisec. The hackers also release a press Release as below with Reason of this hack.

Our people from all nationalities and Revolutionary,
Democrat, Patriotic and Opposition Comrades,
Since 1997 our objective is, to be the "common voice" of revolutionaries in digital arena and have carried out our actions according to this strategy. On the anniversary of Sivas Massacre which took place on 2nd July 1993 and resulted in death of thirty-five intellectuals, singer, authors and poets; we have hacked hundreds of websites belongs to Adnan Oktar also known as Harun Yahya bigot and collaborating fascist websites in order to announce that we have not forgotten this massacre and will not let it be forgotten. We have also taken opportunity to highlight the censorship laws due to take effect in Turkey and strongly protest this. We deface 1000+ domain for anti-censorship


Acronym of the defacement (hacking) text:
The Perpetrators of the Sivas Massacre are still amongst us!
We have not forgotten! We will ask for the account of this massacre!


It's been 16 years since this massacre took place and the perpetrators are not far away from us, they are the ones who governs us.


Who are the murderers?
The President of Turkey Abdullah Gul; defender of 6th Navy Fleet of USA while they were poured out to the sea in 1969 by the revolutionaries.


Prime Minister of Turkey Recep Tayyip Erdogan, the servant of USA under oath, the loyal guard of Imperialism, the enemy of the working class of Turkey, ruler of Greater Middle East Initiative.


The murderers are the defenders of military coups, spokesperson of USA's Moderate Islam project such as Feytullah Gulen and Adnan Oktar whose brains are full of pornography.
(Addressed to Adnan Oktar)
You believe you are a man by operating hundreds of websites that spreads groundless articles and claim that they are an "opinion" through stealing from ordinary people by using the religion. You act instantly to shut down the sites which are opposing you. We heard that you were so proud that your sites never been hacked. You have chosen a duty of silencing the opposition by hiding behind those in power and even send the security forces to addresses that criticise you. We have a duty to be against this and used our legitimate right of defence. You attack the common values of intellectuals by swearing at Darwin theory and Che Guevera, do you know who they are? Answer is clear, no you don't you bigoted man. Put this in your mind Adnan Oktar, you have gone a step too far. The internet and this world are not unclaimed. Neither your people in power nor any of your forces are capable of stopping us. It is legitimate to resist against oppression and censorship.
Special Thanks: Anonymous - LulzSec - Antisec - Opturkey - all anonopsIRC